LifeNews Report: Actress Ashley Judd Glad She Was Able to Abort Her Baby 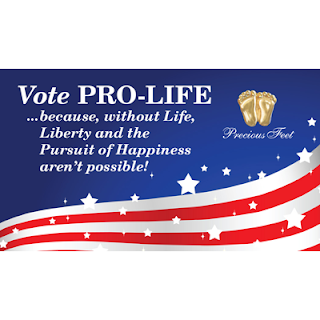 Actress Ashley Judd Glad She Was Able to Abort Her Baby Instead of Having to “Deliver a Child”
Actress Ashley Judd spoke during the Democratic National Convention this week about protecting the rights of sexual assault survivors like herself.
Click to Read at LifeNews.com.

Democrat Delegates Change “Hillary” Convention Signs To “Liar”
The Democratic Party is still far from unified after a long and drawn-out primary season.
Click to Read at LifeNews.com.

Mexican State Votes to Ban Abortions and “Protect Life From Conception”
The Mexican state of Veracruz approved a constitutional amendment on Thursday that effectively bans abortions by recognizing that unborn babies deserve protection.
Click to Read at LifeNews.com.

Pope Francis Condemns Abortion: Unborn Children “Must Always be Welcomed and Protected”
Upon his arrival in Poland, Pope Francis immediately began by speaking in defense of the unborn.
Click to Read at LifeNews.com.

Mike Pence Says Donald Trump Will Nominate Supreme Court Judges Who Would Overturn Roe
For pro-life voters there is no more important issue than the Supreme Court and the desperate need to change the makeup of a high court that is poised to continue virtually unlimited abortions another four decades.
Click to Read at LifeNews.com.

Tim Kaine Flip-Flops Again: He’s Had 5 Positions This Month on Forcing Voters to Fund Abortions
This morning Sen. Tim Kaine told CNN he supports the Hyde Amendment and his position has not changed.
Click to Read at LifeNews.com.

Activist Defends Bragging About Her Abortion at Democrat Convention: “It Was Overwhelmingly Positive”
Woman Abandoned 22 Years Ago in a Phone Booth Reunites With Man Who Saved Her 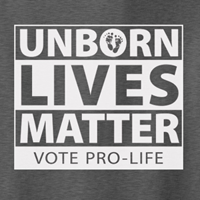 Hillary Clinton Promotes Free Abortions: “Let’s Go Out There and Make It Happen”
During her keynote address to the Democratic convention on Thursday night, Hillary Clinton wasted no opportunity promoting abortion.
Click to Read at LifeNews.com.

Cosmopolitan Magazine Says Bill and Hillary Clinton are “Good Marriage Role Models”
Only the sex-obsessed writers at Cosmopolitan could try that line out. There are a lot of ways to try to defend the Clintons, but that’s not one.
Click to Read at LifeNews.com.

Hey Democrats, Quit Saying Women Should Support Hillary Clinton Just Because We’re Women
If you’re a woman, how can you not support Hillary Clinton for president? That was the message repeated over and over again at the Democratic National Convention this week.”
Click to Read at LifeNews.com.

Watch Obama Refer to Himself 119 Times During His Speech to Nominate Hillary Clinton
It’s often been said that President Barack Obama has been the most narcissistic president ever — with so many speeches filled with “I” and “me.”
Click to Read at LifeNews.com.

After They Applauded Woman Bragging About Her Abortion How Can Any Christian Vote Democrat?
This week, popular conservative blogger Matt Walsh tackled the question of whether Christians can vote Democrat because of the party’s increasing devotion to the abortion industry.
Click to Read at LifeNews.com.

Tim Kaine Flip-Flops Again: He Won’t Stop Hillary Clinton From Pushing for Free Abortions
Hillary Clinton’s vice presidential running mate keeps going back and forth on his position on taxpayer-funded abortions.
Click to Read at LifeNews.com.

Less Activism and More Factivism: No Group is More Vulnerable Than the Unborn
Scientists Cloning More Animals Using Dolly the Sheep, May Lead to Human Cloning