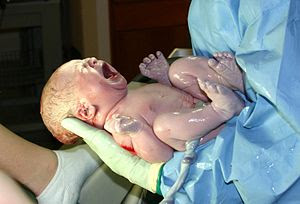 Zemanta helped me add links & pictures to this email. It can do it for you too.
Posted by Deacon John at 6:17 PM

Currently in the world there are about 150 million street children.

AFRICA/R.D.CONGO-Opening of the first ophthalmology clinic in north-east of the High Huel

Isiro (Agenzia Fides) - In collaboration with the local diocese of Wamba, Isiro-Niagara and Dungu Doruma, the NGO CBM Italy, engaged in anti-blindness program, inaugurates the Ophtalmologique Centre of Siloam Isiro (COSI), the first ophthalmic clinic with 20 beds and an operating room which will cover a catchment area of about 2 million people in the north-east Congolese High Huel region, today without any ophthalmic services. It is a province of continuing conflict, famine and lack of services, where CBM Italy works to ensure care and eye care services to the local population. According to a note sent by the NGO to Fides, the structure has the potential not only for being one of the leading ophthalmic centers throughout the region of north-eastern Congo, but also to become a landmark health care to the surrounding areas and its neighbors, including South Sudan. (AP) (Agenzia Fides 04/30/2011)

ASIA/CAMBODIA -New treatment and rehabilitation centers for children at risk

Neak Loeung (Agenzia Fides) - Currently in the world there are about 150 million street children. In Cambodia, poverty, lack of education and scruples on behalf of many adults and especially the lack of intervention by the authorities, condemn thousands of children in inhumane situations. A wide range of social evils such as, slavery, sexual and economic exploitation of children, drug addiction, the increase of HIV, smuggling and corruption, make many places in Cambodia extremely dangerous places for healthy growth. One of these places is Poipet, in north-eastern Cambodia, near the border with Thailand, a place for all possible social illnesses, as well as a nightmare for over 300 children. The same situation is present at Neak Loeung, near Phnom Pehn, where there are 190 children at risk, beggars and workers.

The local NGO Damnok Toe is committed in these areas, set up to give back to these children at risk what the sick society has taken away from them. The main objective of these centers is the prevention of child abuse, rehabilitation and reintegration of victims into society through education. The project initiated by the NGO wants to ensure the ongoing assistance and training to these children. Damnok Toe approached the Spanish Catholic organization Manos Unidas for aid for the reception, care and psychological health and the training of about 3,540 children. During their stay in the centers, the young children, as well as food and accommodation are entitled to medical assistance and training through activities which in future could be their source of income such as gardening, music, sewing, motorbike repairs, hairdressing or carpentry. They also receive advice, psychosocial support and especially the attention and emotional support that was denied to them. They also learn to live with their teachers in a family and participate in daily activities in the house. In particular then, these centers allow children to regain self-esteem, and a lost childhood. (AP) (Agenzia Fides 04/30/2011)
Posted by Deacon John at 2:29 PM 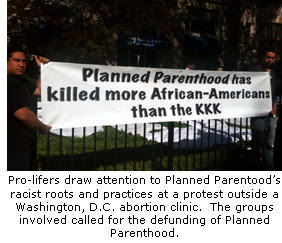 The protest, organized by the Washington, D.C. basedChristian Defense Coalition, featured “sheets of shame” displayed on the lawn outside the Planned Parenthood facility as well as signage that informed the public that Planned Parenthood has killed more African-Americans than the KKK.

Planned Parenthood founder Margaret Sanger believed in using abortion to keep minority populations in check and was even to speak at KKK rallies. About 13 percent of American women are black, but they
account for over 35 percent of the abortions. Planned Parenthood is known to target minority neighborhoods for abortion. 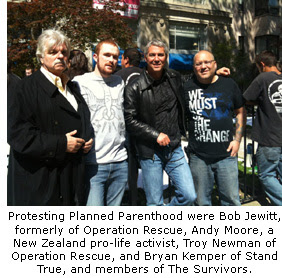 Literature from Life Dynamics, Inc. was distributed documenting these facts.

“This racist targeting of minorities, especially African-Americans, should be more than enough for our government to stop dumping millions of our tax dollars in Planned Parenthood’s coffers each year,” said Operation Rescue President Troy Newman, who attended the event. “A black baby is three times more likely to be murdered in the womb than a white baby. With Planned Parenthood providing the majority of abortions in our country, they are almost single-handedly decimating the African-American community. We say: Not with our tax dollars!”

The protest was attended by activists from all over the nation and several foreign countries. Some of the groups represented included Operation Rescue, The Survivors, and Stand True.

'With the beatification of John Paul II to take place on Sunday, few people realize his role in the most controversial papal encyclical of the 20th century,

Humanae Vitae, issued by Paul VI on June 30, 1968. John XXIII, Paul VI's predecessor, had established the Papal Commission on Human Reproduction to look at population questions and to re-examine the Church's opposition to contraception. This was expanded under Paul VI. 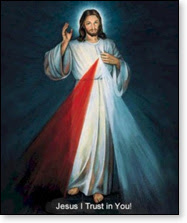 Matt C. Abbott is a Catholic columnist with a Bachelor of Arts degree in Communication, Media and Theatre from Northeastern Illinois University in Chicago, and an Associate in Applied Science degree in Business Management from Triton College in River Grove, Ill. He has worked in the right-to-life movement and is a published writer focused on Catholic and social issues. He can be reached at mattcabbott@gmail.com. © Copyright 2011 by Matt C. Abbott
Read this article here:
http://www.renewamerica.com/columns/abbott/110430

Zemanta helped me add links & pictures to this email. It can do it for you too.
Posted by Deacon John at 7:49 PM