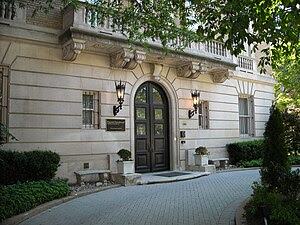 What pro-lifers can do to make it happen!

OPINION, May 21 /Christian Newswire/ -- The following is submitted by Gingi Edmonds:

While most companies struggle to survive in the current state of our economy, recent annual reports show that business has never been better for Planned Parenthood and profits have never been so high.

In a press release last weekend, Planned Parenthood President Cecile Richards admitted that clinics like Mar Monte, California have seen as much as a 21 percent jump in the number of women they perform abortions on in a weekly basis.

But despite the booming business of the baby- butchers, 90% of "family planning" (aka, abortion services) is funded by the "federal government" (aka, YOUR tax-dollars).

I don't think I need to point out the fact that the money Planned Parenthood receives from every taxpaying American is not earmarked for helping women or building families. If it were, they would offer free services like the hundreds of REAL non-profit pregnancy centers nationwide.

Our budget in California is wacked. With the continued global recession, we face a certain $15.4 billion shortfall. This is resulting in teacher lay-offs, library closures and reductions in prescription drug coverage for senior citizens. With this in mind, it's obvious that Planned Parenthood, which netted more than one billion dollars in clear profits last year -- and which is now strapping 21% more women into the cervical scraping stirrups -- clearly needs no help from taxpayers.

And it looks like the California Governator is starting to think so, too.

"Californians have a right to know the truth about the size of the problem our state is facing and the steps we will take to solve our deficit. That is why I am proposing two May Revision Budgets today to ensure the people of this s 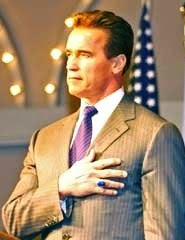 tate are informed and are not surprised by what is coming," said Governor Schwarzenegger.

What Schwarzenegger is proposing we terminate, is the funding to Planned Parenthood in California.

According to abortion centers like the Planned Parenthood in Mar Monte, this funding cut means that PP will lose an estimated 73,000 tax-payer funded abortion sales this year alone.

This is a big deal. We're talking about the nation's largest abortion provider losing 90% of its funding in the State of California. The immensity of this situation becomes glaringly obvious by the fact that the abortion- happy nutcakes are sending out emergency e-mails begging pro-abort activists to contact their legislators and plead for a halt to the budget cut.

Well guess what pro-lifers? There are a lot more of us than there are of them, according to four recent national polls. We need to call our elected officials in California RIGHT NOW and demand these long overdue budget cuts that will stop the funding of this abortion giant, and potentially save 73,000+ lives that are currently marked for death on our dime.

The majority of Americans would not invest in a company that conspires in sexual crimes against children, accepts racially-motivated donations, promotes pornography to kids and devotes millions to the election of pro-abortion leaders. So why are we tolerating it?

Visit www.leginfo.ca.gov/yourleg.html to find your local legislators in the state of California and tell them you support the budget cuts on "family planning". You out- of-staters feel free to call too.

It is time that we defund Planned Parenthood. Despite what the minority (including our President) thinks, "We the People" declare that we should not be required to subsidize the ever increasing profits of the nation's largest abortion provider. Eat this change Mr. President.

Gingi Edmonds is a pro-life activist, writer and photographer based out of Hanford, California. Gingi is dedicated to educating and activating individuals on the pro-life debate using a fresh and unique approach - presenting hard facts presented satire and attitude. Visit her Opinion Archives at www.gingiedmonds.com