what could go wrong?

My friend Mary Murphy sent this:


Let me get this straight.

We're going to pass a health care plan written by a committee whose head says he doesn't understand it, passed by a Congress that hasn't read it but exempts themselves from it, signed by a president that also hasn't read it, and who smokes, with funding administered by a treasury chief who didn't pay his taxes, overseen by a surgeon general who is obese, and financed by a country that's nearly broke. 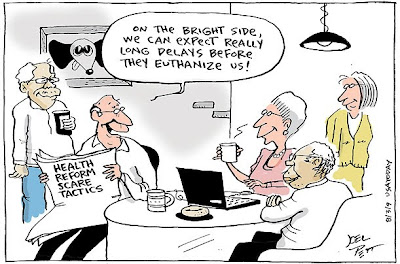