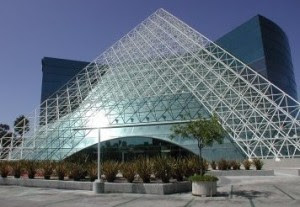 Family Planning Associates. Miramar Rd.
The following comes from a Jan. 26 sent by the Helpers of God’s Precious Infants.
One of the counselors approached a young couple on their way to FPA.  They both were quiet but the woman spoke to the counselor.  She told the was 12 weeks, and the husband said he was in the military.   When the counselor showed them both a model of a 12-week-old baby, they looked downcast.  The counselor asked why they would want to do such a thing.  They remained silent.  The counselor reminded them of the medical record of the doctor and told them there had been an ambulance on the scene last week that took a woman away.   This alarmed the young woman and it appeared the husband was letting her make the decision about leaving.  The young woman asked if Culture of Life Family Services was open and the counselor said yes, and offered to call and make her an appointment.   The young woman said she would go into FPA and talk to them.  The counselor continued to warn her about and that she would get better care at COLFS.
She finally agreed to leave, and the counselor called COLFS to let them know they were coming in.  They exchanged hugs.  It is not clear if they made it to COLFS.  Please pray for E. her husband who to be in a struggle over the life of their unborn baby.
Later in the day a couple who were from India arrived, and one of the counselors approached them to hand out brief the couple on the litigation history of the doctor.  The mother was six weeks along.
They were friendly, listened, and became concerned about the situation once they starting reading about this doctor’s history. They said they were sent to this clinic by another provider and seemed interested in cancelling their appointment and going to COLFS. The first counselor called over another counselor who mentioned they would be doing the right thing to go to a better doctor. That seemed to resonate with them, so they called to cancel their FPA appointment and made arrangements to leave and go to COLFS.
Please pray for this couple to keep their child.
From http://cal-catholic.com/
Posted by Deacon John at 10:19 AM