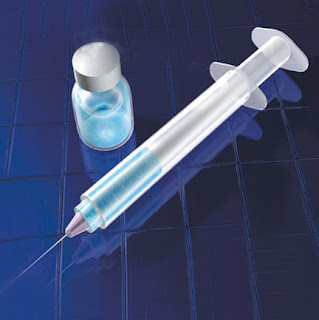 By John-Henry Westen
TORONTO, September 20, 2007 (LifeSiteNews.com) - As Canada, in large part due to aggressive behind the scenes lobbying, rolls out the not-comprehensively-tested Merck HPV vaccine for girls as young as nine, a look at developments on the vaccine south of the border should cause Canadians serious concern. In the United States a similar lobby campaign by the same company launched the mass HPV vaccination of girls beginning in June last year.

In just little over a year, the HPV vaccine have been associated with at least five deaths, not to mention thousands of reports of adverse effects, hundreds deemed serious, and many that required hospitalization.

Judicial Watch, a US government watchdog, became concerned while noting large donations to key politicians originating from Merck. A freedom of information request from the group in May of this year discovered that during the period from June 8, 2006 - when the vaccines received approval from the U.S. Food and Drug Administration (FDA) - to May 2007 there were 1,637 reports of adverse reactions to the HPV vaccine reported to the FDA.

Three deaths were related to the vaccine, including one of a 12-year-old. One physician's assistant reported that a female patient "died of a blood clot three hours after getting the Gardasil vaccine." Two other reports, on girls 12 and 19, reported deaths relating to heart problems and/or blood clotting.

As of May 11, 2007, the 1,637 adverse vaccination reactions reported to the FDA via the Vaccine Adverse Event Reporting System (VAERS) included 371 serious reactions. Of the 42 women who received the vaccine while pregnant, 18 experienced side effects ranging from spontaneous abortion to fetal abnormities.

Side effects published by Merck & Co. warn the public about potential pain, fever, nausea, dizziness and itching after receiving the vaccine. Indeed, 77% of the adverse reactions reported are typical side effects to vaccinations. But other more serious side effects reported include paralysis, Bells Palsy, Guillain-Barre Syndrome, and seizures.

Judicial Watch informed LifeSiteNews.com that a subsequent request for information on adverse reactions to the HPV vaccine, covering the period from May 2007 to September 2007, found that an additional 1800 adverse reactions have been reported, including more deaths. exactly how many more deaths will be released in the coming days, Judicial Watch's Dee Grothe informed LifeSiteNews.com.

The LifeSiteNews.com report on the moneyed lobbying efforts of Merck in the US was reported in February. (see http://www.lifesite.net/ldn/2007/feb/07020204.html )

However the Canadian lobby effort by Merck's Canadian affiliate Merck Frosst Canada has been underway using powerful lobbyists with close connections to the politicians who have signed off on massive government funded vaccination programs.

Harper's Conservative Government approved Merck's HPV vaccine Gardasil in July and later announced a $300 million program to give the vaccine to girls from ages 9-13. That of course is only the beginning of what Merck likely hopes will be a much larger vaccination of all potentially sexually active women in Canada. In August, McGuinty's Ontario Liberals, on the advice of his Health Minister George Smitherman, announced that all Grade 8 girls will have free access to Gardasil.

One of the major complaints by physicians is that the HPV vaccination program has been implemented before adequate testing has been completed. Long-term effects of the vaccine remain unknown. Many are asking why the huge, seemingly reckless rush?

At least one answer to that question comes from the fact that Merck currently is the sole provider of an HPV vaccine with its Gardasil product. A competing HPV vaccine, Glaxo Smith Kline's Cervarix, is set to hit the market in January 2008. As more children are vaccinated with Gardasil, fewer will be able to later receive the necessary repeat boosters of a competing, incompatible vaccine. Merck is in a race to capture as much of the market as it can, consuming many millions of government tax dollars.

US sales of Gardasil are expected to reach $1 billion in the first year of its availability.

The reports detailing all 1637 adverse effects are here:
http://www.lifesitenews.com/ldn/2007_docs/GardasilVAERSReports.pdf