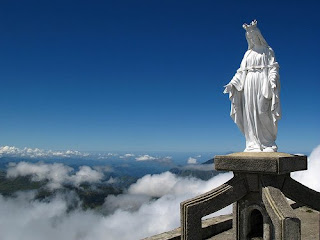 Dili (Agenzia Fides) – The Church in East Timor has expressed its satisfaction and appreciation for the recent draft bill on the national Penal Code, now awaiting government approval in the next month and a half.
The Code bans abortion, except in extreme cases or particular circumstances in which the mother's health is at risk. Abortion is classified as homicide and violators are prosecuted as criminals.
According to Prime Minister Xanana Gusmao, the new Code is "a step forward for democracy in Timor," which has had to establish its judicial, educational, and administrative systems from ground zero, following its independence, in the years of the transitional government of the UN.
The new Penal Code, drafted by local experts and internationally-renowned jurists, will substitute the Indonesian Penal Code, which was used in Timor during the occupation, since 1975.
East Timor's President Jose Ramos Horta has also announced that he will ask the Holy See to sign an "Accord," similar to that of Italy, giving the Catholic religion (professed by 97% of the population) a proper role and public recognition, in administration, schools, and throughout society. The Catholic Church in Timor, which is negotiating on the proposal, would mainly benefit in the area of Church properties and Catholic education, which would be fully recognized and supported by the state.
The law on abortion and the proposal for a Church-State Accord has caused great admiration for the youngest Asian State, in both the Catholic community and in public opinion.