WASHINGTON, Dec. 23 /Christian Newswire/ -- As the Senate prepares to vote on historic health care legislation on Christmas Eve morn, concerned citizens from across America organized through TyrannyEve.com will be gathering on the Capitol steps at 6:00am to peacefully protest the move by lawmakers to assume greater control of the private sector. "Tyranny Eve" -- a term meant to describe what's at stake with tomorrow's health care vote -- was coined by Peter Bradrick, a concerned North Carolina father who is spearheading tomorrows effort t 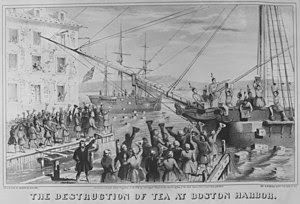 "Tomorrow, the day that the world celebrates as Christmas Eve, has been uniquely positioned to become 'Tyranny Eve,'" stated Peter Bradrick, founder of TyrannyEve.com. "Liberal lawmakers have scheduled two monumental votes on bills which, if carried into law, will propel us deeper toward statist socialism than many of us ever believed possible in America."

"While most citizens across America will be enjoying cozy pajamas and crackling fires, we call upon 'Sons of Liberty' to recognize this crucial moment -- to eschew comfort and stand with us on the Capitol steps," continued Bradrick. "To stand not only against socialistic health care and unlimited government spending, but for our children and their freedom."

Bradrick was compelled to launch TyrannyEve.com as he observed a change in public mood over the past few months from outspoken protests toward the health care bill in late summer to one of complacency in recent weeks as the legislation has moved through Congress. "Several months ago, town hall meetings across America pulsed with the outrage of concerned citizens who said 'enough is enough' with the government's attempts to encroach on our freedom by taking greater control over the private sector," Bradrick noted. "Now, on the eve of an historic vote on health care legislation in the Senate, that spirit has waned as the passage of this behemoth bill that will deprive us of liberties and bankrupt our children's future is considered inevitable. Now is not the time for apathy. Now is the time to stand."

Bradrick explained that, while others who have stood against the health care bill have gone home to be with their families, he believes it is vital for citizens to stand in Washington now as the critical vote in the Senate is put to the floor: "Why are we gathering while others have gone 'home for the holidays'? Because we believe that American patriots should not be lulled into easy peace while such a galactic blow to American Liberty is being dealt. The festive cheer of the season cannot mask the ugly reality that is being advanced on 'Tyranny Eve' by legislators drunk, not with spiked eggnog, but with the sense of unchecked power that is run amok."

Bradrick also indicated that his call for Americans to stand with him tomorrow was about much more than the health care debate; it is a battle over liberty.

"We are not gathering merely to protest these bills," remarked Bradrick. "We are gathering to oppose the idea that it is the government's place to solve our problems. We say with the founding fathers of America that it is not. The solution is in our homes, our businesses, and our churches across America. We affirm our constitution's bill of rights which states 'The powers not delegated to the United States by the Constitution, nor prohibited by it to the States, are reserved to the States respectively, or to the people.'"

"Join us as we peacefully stand together to defy tyranny and proclaim our allegiance to the God who this nation was founded upon." Bradrick concluded.

"Stand with us as we proclaim to lawmakers in Washington DC that statist power grabs are not the solution. They are the problem."

For more information about the event or to interview Peter Bradrick visit:www.tyrannyeve.com.