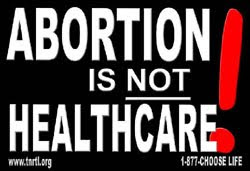 WASHINGTON, Dec. 21 /Christian Newswire/ -- Liberty Counsel opposes the current Senate healthcare bill because it still funds abortion. If the bill becomes law, Liberty Counsel is prepared to challenge the constitutionality of the bill since Congress has no authority to require every person to obtain insurance coverage and has no authority to fine employers who do not provide coverage up to the standards required in the bill.

On Saturday, Senate President Harry Reid (D-NV) filed a 383-page so-called "Manager's Amendment" to his 2,074-page pending bill (H.R. 3590). Amendment 3276 requires that the federal government violate the principles of the Hyde Amendment by funding abortion. The funding goes through a complicated bookkeeping scheme similar to the Camps-Waxman accounting scheme which the House rejected when it adopted the Stupak-Pitts amendment on November 7.

Unfortunately, it appears that Sen. Ben Nelson (D-NE) succumbed to the Chicago-style politics of "pay-to- play" when he compromised his opposition to abortion funding after negotiating a deal for his home state of Nebraska to receive full federal funding to expand Medicaid insurance for the poor. The other 49 states have to split the costs of Medicaid with the federal government. The Conference of Catholic Bishops issued a statement on Saturday opposing the bill because of its coverage for abortion and because it does not permit those who oppose abortion to opt-out from the federally subsidized plan.

On Sunday the Congressional Budget Office Director admitted that the prior cost figures on the bill were inaccurate, stating to Sen. Reid: "The imprecision of these calculations reflects the even greater degree of uncertainty that attends to them."

Mathew Staver, Founder of Liberty Counsel and Dean of Liberty University School of Law, released this statement on the Senate bill: "It is unconscionable that Senator Harry Reid would push forward a bill in the middle of the night that no one has had the time to read and that he would force the Senate to work up to the evening hours on Christmas Eve. While the world celebrates the birth of Jesus Christ, Senator Reid is holding every Senator hostage in order to pressure them into submission so that he can force every American to fund abortion. The spirit of the Roman Emperor Herod who killed every baby boy two years old and under in order to preserve his political dynasty still lives in the halls of Congress. This shameful farce is not about healthcare. It is about politics. It is not about the well-being of the American people. It is about scoring a political victory. In the end, this power- play will be the undoing of every person who votes for the abortion bill." Staver concluded: "This bill is unconstitutional because Congress lacks the authority to require every person to carry insurance coverage and is without authority to fine employers whose policies do not provide the coverage mandated by the legislation."