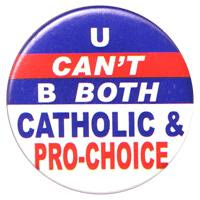 WASHINGTON, Dec. 19 /Christian Newswire/ -- A compromise that won Nebraska Senator Ben Nelson's support for the Reid health care bill today will do what he previously stated he would not support- use federal funds to subsidize abortions.

"The Reid bill will put the US government in the abortion business, reduce health care for patients, raise costs, and create more bloated government agencies. The massive 'bribes' that won Senators' support will be paid by American tax payers. Concerned Women for America, the nation's largest public policy women's organization, will score every cloture motion of this bill, so that each senator will be held accountable.

"Under Senator Reid's bill, health care costs will be reduced by denying patients care. Here is one practical example: a government bureaucrat will decide which treatment will be covered for a pregnant patient - prenatal care, delivery, post-natal care, which costs thousands of dollars (and more if the baby has special needs), or abortion, which costs a few hundred dollars. As we've seen under Oregon's health care plan, which allows for euthanasia, bureaucrats choose a cheap death over expensive, life-saving care.

"Senator Ben Nelson appears to have overlooked some realities. The option for states to opt out of abortion coverage is illusory. The federal government will be subsidizing elective abortions, a federal agency will be managing abortion coverage, and individuals (even those in Nebraska) will be paying for abortions through an accounting scheme. Under current federal law and programs, federal funds may not be used for any part of a plan that covers elective abortions. The human right not to be forced to be an accomplice to an evil act, in this case the deliberate murder of innocent babies, is a basic decency that the government should not force individuals or entities to violate.

"This scheme will increase abortions, causing more women to suffer the health and psychological complications that come with this act. How significant that it comes during the Christmas season. Jesus Christ's birth to an unwed teenager prompted a government official (Herod) to use government resources to murder innocent babies. As we celebrate the Messiah's birth, we should soberly remember this part of history and ensure America never commits something so strikingly similar."