Pro-life Activists to Display 1,000,000 Pennies in Front of the White House 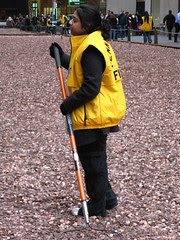 Millions of pennies cleanup. Image by Photo Gallery via Flickr

Pro-life Activists to Display 1,000,000 Pennies in Front of the White House to Speak Out Against Taxpayer Funded Abortions in Health Care

WASHINGTON, Jan. 20 /Christian Newswire/ -- Groups to remind President Obama that abortion is not health care and that 71% of Americans oppose tax dollars being used to pay for and subsidize abortion.

The display is a teaching moment for the President to learn that "not one penny of public money should be spent to destroy and diminish human life through abortion and that human rights begin in the womb."

The pennies were purchased with money donated by people of good will from all across America who believe that health care should be about compassion and healing not violence and suffering.

A news conference will be held at the display on Thursday, January 21 at 1:00 P.M.

The location is1600 Pennsylvania Ave. NW in front of the White House by Lafayette Park.

The 1,000,000 penny display is part of national campaign called "Abortion is Not Health Care."

The display is being sponsored by the Christian Defense Coalition, Operation Rescue and Generation Life.

Listed below are some of the events that the Christian Defense Coalition will be joining during the Roe V. Wade Memorial weekend.