The battle has been long. The state of Missouri is hours away from becoming the first state in America since 1974 to have ZERO surgical or medical abortion clinics! ALL has worked with many of the state's leaders over the last 40 YEARS, building to this moment.
But your prayers are urgently needed! The abortion monster Planned Parenthood is at this moment seeking an emergency stay from the courts to keep its murderous clinic open!
We have had and have seen the most impressive pro-life leadership in the state, including a faithful Catholic community led for many years by Cardinal Raymond Burke, among others.  Among his many victories for the babies and Christ more than 15 years ago, then Archbishop Raymond Burke blazed a trail of truth by saying he would deny pro-abortion Catholic politician John Kerry Holy Communion unless Kerry repented of his support for abortion.   Burke’s action created uproar, indignation and hate among “cowardly” bishops who reviled Burke in public.  But like so many other courageous actions among Missourians including Burke, the seeds of truth were planted.  They started to sprout and beat back evil acts and groups including Planned Parenthood.
Now here we are. In less than 48 hours Missouri will have ZERO abortion clinics. Here are the facts:
I’ve seen other organizations making false claims about this and wanted to be sure the facts were clear.
Now is the time to pray!! Pray that the courts follow through and that this last Planned Parenthood center of death in Missouri stops killing babies and stops killing them for good!! So, please pray. Join us in offering up daily prayers for this most critical effort—that Missouri becomes the first state in America, since 1974, to not permit surgical or medical abortions!!
The fight, however, goes on. Right now, the executive director of American Life League’s STOPP Planned Parenthood is in California conducting meetings and holding training sessions on how to prevent communities in that state from allowing Planned Parenthood to open three new abortion clinics.
California is the American capital of abortion, and we must work to defeat Planned Parenthood in their stronghold on death.
Please consider a gift today of $65 or more. The battle rages on, and we are turning the tide in favor of life.
Join our fight today! Pray and give, and give generously.
Yours in the Lord Who IS Life, 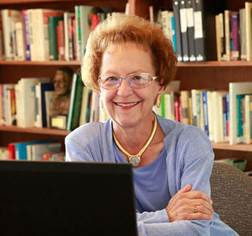 PS: Every dollar you graciously give helps us save lives. Thank you for supporting this urgent need!!