Jesse Ramirez, Considered a “Vegetable” Like Terri Shiavo, Now on His Way to Recovery 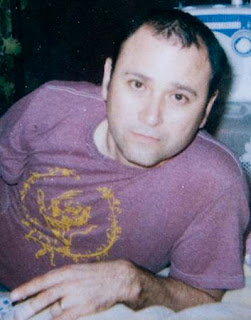 CHANDLER, Arizona, June 28, 2007 (LifeSiteNews.com) – Written off by doctors as a hopeless “vegetable”, an Arizona man would not now be on his way to recovery from an accident caused by a marital quarrel if not for his family’s unrelenting struggle for his life.

The Arizona Republic reports that on Wednesday, Jesse Ramirez, awoke from his nearly month long persistent vegetative state (PVS) and now “can hug and kiss, nod his head, answer yes and no questions, give a thumbs-up sign and sit in a chair.”

If not for the past few weeks’ legal battles that ended Tuesday with a favorable settlement for him and his family, Jesse Ramirez, who depended on feeding tubes for food and water, would certainly have died in circumstances very similar to the tragic 2005 death of Terri Schindler-Schiavo.

On May 30, Jesse Ramirez and his wife Rebecca Ramirez were quarreling in their SUV when he lost control and crashed into a pottery market, ejecting them both from the vehicle. Ramirez suffered a broken neck and major head-trauma, while his wife had only minor injuries.

Just before the accident, Rebecca had attempted to jump from the moving vehicle saying she was afraid of her husband, who accused her of marital infidelity. Police have yet to determine what exactly led Ramirez to lose control of the wheel.

Ten days after the accident and Ramirez’s PVS diagnosis, Rebecca ordered the hospice where he was staying to remove his feeding tubes on June 8. Ramirez family then began pleading with her to let them try and save his life.

“I'm asking you for the biggest favor of my life,” Jesse’s father told her. “Can you give my son another chance?” Jesse Ramirez Sr. told the Arizona Republic she then hung up on him.

In desperation, the family turned to the Scottsdale-based Alliance Defense Fund, which challenged the prudence of allowing Rebecca to arbitrate her husband’s fate, considering their recent marital strife.

“We've got to make sure the decision-maker is the very best and most capable one,” senior counsel Gary McCaleb told the Arizona Republic. “She said she was in fear of her life. Ten days later, she's going to say whether he lives or dies? Frankly, it's too much to ask of the wife.”

Maricopa County Superior Court judge Paul Katz agreed and ordered the tubes reconnected while an independent attorney mediated between Rebecca Ramirez and Jesse’s family and talked to Jesse's doctors. Then Tuesday Katz ruled that a court-appointed guardian would make decisions for Ramirez while the court continued to investigate his health.

“As we have discussed here previously, PVS is often misdiagnosed. More importantly, it can't be done accurately after only a few weeks post trauma. So, why the rush in this case to write the man off?” commented bioethics expert and author Wesley J. Smith on his blog. “This much is sure: But for parents willing to fight for his life, Ramirez would be dead today rather than entering the rehabilitation unit.”