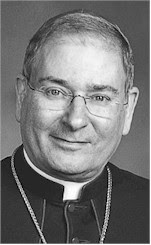 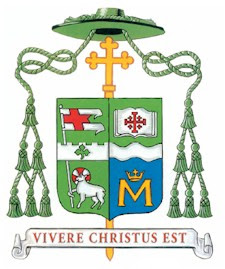 "By steadfastly choosing to be pro-choice, a Catholic -- politician or not -- excludes himself or herself from communion," wrote Bishop Arthur J. Serratelli in the June 7 edition of the Beacon, the Paterson diocese newspaper.

In his column Serratelli rebuked "pro-choice" Catholic politicians and those who "arrogantly insist that the Church does not have the right to her own teaching" and who claim a right to Communion at the same time. In particular Seratelli went after the 18 Democratic Congressmen who lashed out at Pope Benedict XVI for stating that supporting abortion is "incompatible with receiving communion" (http://www.lifesite.net/ldn/2007/may/07051506.html)

The Church vigorously teaches that "human life must be respected and protected absolutely from the moment of conception." However "pro-choice Catholics," as Serratelli pointed out, have reacted in self-righteous "how dare he" indignation when the Pope tells them that the Church has definitive truths, objective criteria for forming a conscience, and does not rubberstamp everyone as worthy to approach Holy Communion.

"[The Pope] is right when he insists that supporting abortion is incompatible with the reception of Holy Communion," said Serratelli.

"Certainly, a politician has the freedom to reject Church's teaching," he stated. "But let's be honest. To choose to be pro-choice is to reject the Gospel of life. It is to be not faithful to Church teaching."

Serratelli noted that guidelines for Catholics receiving Communion prepared by the US Conference of Catholic Bishops also teach that Catholics "should refrain" from receiving Communion if they were to "knowingly and obstinately to repudiate [the Church's] definitive teaching on moral issues," either in their personal or professional life.

"The Church has always taught that a procured abortion is a moral evil," said Seratelli. "The Church's teaching is clear. What is disputed now is the Church's right to speak this truth."
Serratelli noted that the 18 Catholic Congressmen who "strongly chastised" Benedict XVI were refusing "to allow the Pope freedom of speech and the Church freedom of religion."

Politicians in western governments worldwide have attacked the Catholic Church's right to hold its members accountable to Catholic teachings in the name of "pluralism." Right now two Catholic archbishops in Australia, George Pell of Sydney and Hickey of Perth, face investigations into whether their telling Catholic parliamentarians that support for the destruction of human life in stem-cell research is incompatible with receiving communion amounted to "contempt of parliament."

"Why should the Church not have a right to voice her teaching on this important issue in the public square? She must speak and speak often," Serratelli said. "Abortion may be for some just a political issue. But, for the innocent child, it is a matter of life or death."
See the Paterson Bishop's column here:
http://www.patersondiocese.org/page.cfm?Web_ID=2218