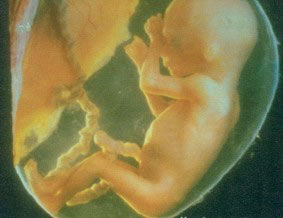 Sydney, Nov. 27 (CWNews.com) - Cardinal George Pell of Sydney, Australia, has renewed his argument against legislation that would expand the scope of embryonic stem-cell research. Removing the existing restraints, the cardinal told the Sunday Telegraph would "waste government money on unproductive research." He stressed that no studies have shown a practical use of embryonic stem cells, while many researchers have demonstrated medical successes using stem cells derived from adult tissues. Australia's parliament will open debate on the stem-cell measure this week, with a close vote expected. Proponents of the embryo research expect an eventual victory, but Cardinal Pell said that the political trend in favor of the researchers is based on "ignorance and confusion." "Few Australians would know that the bill proposes to legalise the manufacture of cloned embryos with only one genetic parent; hybrid embryos with multiple genetic parents, and embryos whose mother is an aborted girl fetus," the cardinal told the Telegraph. A clear public understanding of the legislative proposal, he said, would cause legislators to realize the dangers involved.
Posted by Deacon John at 2:55 PM