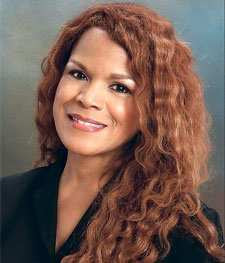 In 1865, the Civil War ended and the Thirteenth Amendment to the United States Constitution officially abolished slavery. That same year, a group of Democrat ex-Confederate soldiers formed the Ku Klux Klan (KKK). They were domestic terrorists that sought to overthrow the Republican state governments in the South during the Reconstruction Era by using violence and intimidation against freed former slaves and their white supporters. They prevented African-Americans from voting, getting an education, competing for jobs, or owning property.

A year later, the Civil Rights Act conferred citizenship and equal rights, guaranteed due process and equal protection under the law for all citizens.

From 1870 to 1895, many blacks, as members of the Republican Party, gained elective office throughout the nation, but outbreaks of violence against blacks especially in the South persisted.

By 1915, four million blacks had traveled north in what is called the Great Migration. They sought better jobs and wanted to escape escalated racism and violence occurring in the South. America's northern cities overflowed with freed slaves and their extended families.

Meanwhile, the KKK raged a lynching war on blacks in the south while Margaret Sanger and friends devised an evil plan of their own. Sanger was a staunch believer in eugenics, "race hygiene." Her book, The Pivot of Civilization, {1922} contained her solution to the negro problem. She touted sterilization of "genetically inferior races" which she called "human weeds."

Since blacks were known to be blessed with large families, Sanger's plan had to include limiting the growth of the black population by eliminating our children.

Sanger associated with known racists who shared her belief that America would be a better place without black people. She emerged a speaker at a KKK rally in Silver Lake, New Jersey, in 1926.

In 1939, Sanger initiated the NEGRO PROJECT, a simple plan--get rid of black people through abortion and sterilization. She knew that some blacks would figure out her sinister plot, so she decided to "pay" clergy and charismatic members in the black community to deliver the deceptive message to their congregations and neighborhoods.

In a letter to Dr. Clarence Gamble, Sanger wrote: "We should hire three or four colored ministers, preferably with social-service backgrounds and with engaging personalities. The most successful educational approach to the negroes is through religious appeal. We don't want word to go out that we want to exterminate the negro population. The minister is the man who can straighten out that idea if it ever occurs to any of their more rebellious members."

Sanger did her homework! She knew we were a culturally religious body of people and she knew that for blacks, at that time, the church was our meeting place --our town hall. The bottom line is that she used black people to destroy black communities in the same way Satan used Judas to deliver JESUS.

Today, black ministers, politicians, and community organizers are still "hired" to support Margaret Sanger's form of ethnic cleansing. With full knowledge of how abortion is decimating the black community, they, like Judas, have sold their souls for "30 pieces of silver."

Margaret Sanger was the founder of Planned Parenthood, the largest abortion provider in America. It's a billion dollar-a-year abortion business that thrives on blood money for slaughtering children, especially black children. Abortion mills continue to set up camp in minority neighborhoods delivering Margaret Sanger's big lie message. The lie that says if you are a poor, black woman or girl you will have a better life -- a more successful life with fewer children. The lie insinuates that killing an unborn baby is no big deal, especially a black baby which tends to be viewed as a burden on society and therefore less worthy of life.

Until Margaret Sanger's death in 1966 she pushed the ideals she started decades earlier. It makes one wonder why almost nothing has changed in urban areas largely populated by poor blacks and other minorities. Our inner cities have poor schools, high crime, high unemployment and broken families yet, their elected officials stay focused on funding abortion on demand. Margaret Sanger's Planned Parenthood still does big business slaughtering black babies in inner city abortion mills. For instance, in New York City, the abortion rate in the black community is at 60%, which means more black babies are aborted than are born.

The KKK brutally killed about 3,500 black people since it began in 1865, Sanger's Planned Parenthood is responsible for 19 million black deaths since 1973.

The Bible tells us every child is a God-given gift, a reward and a heritage, therefore all are worthy of life. The truth is ALL lives matter!

We must remember why the killing began--and then vow in JESUS' name to end it.