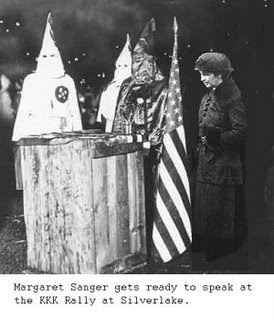 The year is 1865. The Civil War finally comes to an end and the Thirteenth Amendment to the United States Constitution officially abolishes slavery.

For awhile, things looked pretty good for freed slaves. Just a year after the Civil War ended, Congress passed the Civil Rights Act, conferring citizenship and equal rights for black people. A few months later, Congress approved the Fourteenth Amendment guaranteeing due process and equal protection under the law to all citizens.

Two years after the Civil War, in 1867, Congress passed Reconstruction Acts. The status of the Negro was the focal problem of Reconstruction. Though slavery had been abolished the white people of the South were determined to keep the Negro in his place, socially, politically, and economically. Enter the notorious "Black Codes." These codes were regarded as a revival of slavery in disguise. The first such body of statutes was enacted in the state of Mississippi in November 1865.

That same year in Tennessee, a group of ex- Confederate soldiers formed the KKK, a group of domestic terrorists with a focused objective: to intimidate freed former slaves and their white supporters. Klan terrorism succeeded in preventing African-Americans from using their newly won rights. The Klan's aim was to prevent African-Americans from voting, getting an education, competing for jobs and owning property.

By 1869, Congress approved the Fifteenth Amendment guaranteeing African Americans the right to vote.

From 1870 to 1895, many blacks gained elective office throughout the Nation, but outbreaks of violence against blacks in the South became more and more common.

It wasn't long before America's cities were over- flowing with former slaves and their extended families. They were migrating north to seek employment opportunities in industrial cities and to escape racism, and violence. The Great Migration from the south to north began around 1915. More than 4 million blacks-- former farmers and field workers became bell hops, butlers, maids, doormen, cooks, and nannies--they shined shoes and cleaned toilets. They attended schools--many started businesses or became teachers and by 1920, African American writers, poets and artists emerged in a period of creativity known as the Harlem Renaissance. Black people started to realize the American Dream came not only in white-- but black and shades of gray, as well.

Meanwhile, the KKK was raging a lynching war on Negroes in the south and Margaret Sanger and friends were devising an evil plan of their own. She was a staunch believer in eugenic controls to enforce what she called "race hygiene." She associated with known racists and in 1926 she was the guest speaker at a Ku Klux Klan rally in Silverlake, New Jersey.

In Margaret Sanger's book The Pivot of Civilization, (published 1922), she also called for the elimination of "human weeds," for the segregation of "morons, misfits, and maladjusted," and for the sterilization of "genetically inferior races."

In 1939, Sanger's NEGRO PROJECT was initiated. The plan was simple-get rid of black people. Kill them off by limiting the growth of the population by abortion and sterilization

She knew that some blacks would figure out their sinister plot so it was decided by Sanger to take the plan to the clergy and charismatic members the black community to have them deliver the death message to their congregations.

In a letter to Dr. Clarence Gamble Sanger stated, "We should hire three or four colored ministers, preferably with social-service backgrounds, and with engaging personalities. The most successful educational approach to the Negro is through a religious appeal. We don't want the word to go out that we want to exterminate the Negro population. And the minister is the man who can straighten out that idea if it ever occurs to any of their more rebellious members."

Notice that Sanger said the ministers should be "hired." There are many black ministers, politicians and community organizers today who support abortion, Sanger's form of ethnic cleansing--most of them are still "hired." They have sold their souls for "30 pieces of silver."

Margaret Sanger went on to become the founder of Planned Parenthood an organization that makes most of its blood money by killing children--especially black children.

Abortion providers are still being located for the most part in black neighborhoods and are still delivering the same old message--that black, poor children, living in urban areas--are not worthy of life. America would be a better place without black people.

The KKK brutally killed about 3500 black people since it began in 1865--Margaret Sanger's Planned Parenthood is responsible for the more than 17 million black deaths since 1973.

Every day more than 5000 babies are slaughtered by the blades of the abortion butchers--decapitated, ripped apart...killed.

How can America say we are better than the regimes of the Holocaust, Darfur, Sudan or China if we allow the butchering of America's innocent children to continue?

This is Black History Month. Let's remember why the killing began and then vow in Jesus' name to end it...picture that!

The National Black Pro-Life Union is an organization founded to serve as a clearing house to coordinate the flow of communications among all African American pro-life organizations and individuals in order to better network and combine resources. We realize that if we are to be successful, it is necessary to share information and/or resources as well as "who gets the credit." We acknowledge that the real credit for any good thing always goes to GOD--not man.