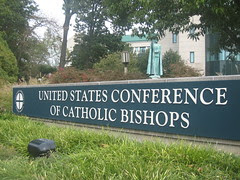 The CCHD petition - - USCCB inconsistencies require action
Judie Brown
February 19, 2010
The Catholic Campaign for Human Development (CCHD) petition, (www.reformcchdnow.com) created by the Reform CCHD Now coalition, provides the concerned Catholic with a voice for opposing the growing scandal that surrounds this particular project of the United States Conference of Catholic Bishops. The problems that have plagued the CCHD are not new, but the growing body of evidence begs the question: Isn't it time for the USCCB to do something other than defend the indefensible?

Zemanta helped me add links & pictures to this email. It can do it for you too.
Posted by Deacon John at 4:15 PM