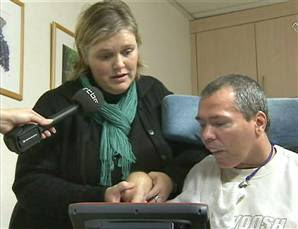 A car crash victim diagnosed as being in a coma for the past 23 years has been conscious the whole time.

Rom Houben was paralysed but had no way of letting doctors know that he could hear every word they were saying. "I dreamed myself away," said Mr Houben, now 46, who doctors thought was in a persistent vegetative state. He added: "I screamed, but there was nothing to hear."

Doctors used a range of coma tests before reluctantly concluding that his consciousness was "extinct."