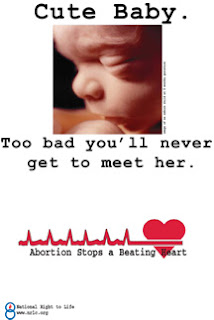 Therefore, despite the general disinclination to call abortion "murder" by those who are wary of being considered to be extremists, and despite the guilt such terminology may engender in abortion proponents and in persons who have performed or undergone abortions, I concluded that the law should regard the typical abortion (i.e., one obtained for mere convenience rather than justified by any legally cognizable circumstances) as murder in the first degree. note that I say "should" regard. The law, in actuality, has never regarded abortion as murder although, prior to the Supreme Court decisions declaring it to be a Constitutional liberty, every state in the Union regarded it as criminal. What I mean to point out is that there appears to be no rational basis, given our current state of biological knowledge, to treat it as a lesser offense than murder. As such, I think the prior statutory schemes were repugnant to the equal protection clause of the 14th Amendment in that they denied a certain class of "persons" (i.e., the unborn child) equal protection of the law.
[Excerpted from 'A Resource Manual', Legal Considerations, pages 23 - 32]
Posted by Deacon John at 1:14 PM