Beyond the “shady areas” 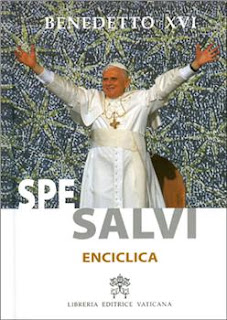 Vatican City (Agenzia Fides) – Recent discussion about the borders of the possibility for a state organ to legislate with regard to the most sensitive issues of life and to recognise or, even worse, declare, "non-life" permanent conditions referred to as "vegetative", compel us to reflect.

First of all we do not believe in the existence of "shady areas ". We do not believe that, with regard to such a sensitive subject, the subject of human life, we can linger, and at times even 'hide', behind uncertainties which, continually softening positions, reducing them to opinions, eventually end up causing confusion in the opinion of the public, even among the Catholic faithful.

'Shady areas' cannot exist, for a simple reason: on the subject of life it is absolutely necessary to be tuziorist; that is to give prevalence to life without hesitation, to "favor vitae": a life is life and as such it must be absolutely respected, as long as life exists, that is, until the contrary is proved scientifically and morally. If there is even a minimum doubt, it is life and will remain such, and no one can decide when to end it. If we apply this simple criteria, the 'shady areas' disappear and suddenly everything is much clearer.

This is an obvious case in which medico-scientific knowledge has grown faster than the moral conscience, which, on the contrary has been dulled by historical-philosophical misunderstandings, and by man's reluctance, "quasi natural", (after the original sin), to think and to verify the real foundation of his opinions, which depend on a fundamental distraction from self and one's ultimate queries.

As it was effectively recalled by the Holy Father Benedict XVI in his encyclical Spe salvi: " we must take a look at the foundations of the modern age[…] the recovery of what man had lost through the expulsion from Paradise was expected from faith in Jesus Christ: herein lay "redemption". Now, this "redemption", the restoration of the lost "Paradise" is no longer expected from faith, but from the newly discovered link between science and praxis. […]This programmatic vision has determined the trajectory of modern times and it also shapes the present-day crisis of faith which is essentially a crisis of Christian hope." (nn. 16-17).

The idea of progress, as a "redeeming" factor of man, has brought with it, a "new" (and not good, and not only because it is new), reductive interpretation of the two fundamental categories which characterize man in his essence: reason and freedom. Reason has become simply the measure for everything, and freedom, detached from the question of the truth and the good, is reduced to subjective or worse, even state, arbitration. We all know the drifting of the human represented even in recent history, by state arbitration, and the monstrosities to which it lead.

In the light of this: "A self-critique of modernity is needed in dialogue with Christianity and its concept of hope." (Spe salvi n. 22).

May the subject of life, 'shady areas' removed and life's absolute intangibility rediscovered, be the agon of this real confrontation, between the modern era and hope-filled Christianity.