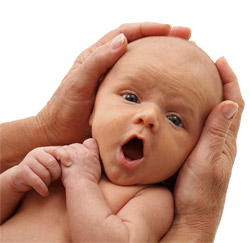 Last May, former Iowa Governor Terry Branstad signed into law a bill by which lawmakers opted to provide expectant mothers a three-day period between seeking and obtaining an abortion rather than delivering them on-demand. The legislation also included a statewide 20-week abortion ban and a requirement to offer pregnant women a chance to view their baby’s ultrasound images. On October 2, 2017, Judge Farrell ruled this law to be constitutional.

Thomas More Society attorney Martin Cannon was on hand when the legislation, known as the Fetal Pain Bill, was signed. He and his Thomas More Society colleagues helped draft the original bill, advised legislators and informed the public.

“Those who hold a life-affirming worldview can celebrate this decision,” stated Cannon. “It has been proven that many expectant women, given an opportunity to reflect on an abortion decision, choose life for their baby. This is also the case for most mothers who are fully informed about their child’s development in utero and have an opportunity to view their baby’s ultrasound image.”

In Farrell’s refusal to block the law, he wrote that it, “Fairly balances the two competing interests of a woman’s right to choose an abortion versus the public’s interest in potential life. The evidence at trial focused on the hardships women face when dealing with an unwanted pregnancy, but the public’s interest in potential life is an interest that cannot be denied under the law.”

Top Stories• ACLU Sues to Force Every Pharmacy in America to Sell the Abortion Drug to Kill Babies
• Congressman Demands Senate Vote on Late-Term Abortion Ban: “No Baby Should Have to Undergo Dismemberment”
• “Pro-Life” Congressman Who Cheated on His Wife Asked His Mistress to Get an Abortion
. Just Three Democrats Had the Courage to Vote to Ban Late-Term Abortions

Congressman Demands Senate Vote on Late-Term Abortion Ban: “No Baby Should Have to Undergo Dismemberment”
After the third presidential debate, President Trump became the clear pro-life pick for president in 2016.
Click to Read at LifeNews.com.

“Pro-Life” Congressman Who Cheated on His Wife Asked His Mistress to Get an Abortion
A Republican congressman from Pennsylvania appears to have urged a woman with whom he was having an affair to have an abortion, despite claiming publicly to be pro-life.

Just Three Democrats Had the Courage to Vote to Ban Late-Term Abortions
A sign of the abortion “litmus test” in the Democratic party, only three Democrats in the U.S. House voted Wednesday for a bill to prohibit late-term abortions when unborn babies can feel pain.
Click to Read at LifeNews.com.

White House to Democrats: Quit Trashing Nominees Over Their Catholic Faith
The White House, saying Congress should support religious freedom, came to the defense of a judicial nominee who has been attacked by Democrat senators and The New York Times because of her Catholic faith.
Click to Read at LifeNews.com

Cli ck to Read at LifeNews.com.

Shocking Study: Millions of Women in Asia Will Die From Breast Cancer Because They Had Abortions
In the 20 studies that have been published which address the ABC link—all within in the last decade—the average risk increase for breast cancer is 150%!
Click to Read at LifeNews.com.