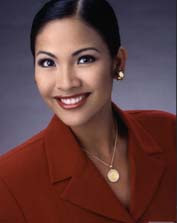 "If Roe is not overturned, the children I teach will grow up as part of a culture of death learning that when we had our one real chance to end this atrocity, we didn't do enough."

CLEVELAND, October 31 /Christian Newswire/ -- Angela Perez Baraquio, Miss America 2001 and Miss Hawaii 2000, is urging Americans to end the reign of Roe v. Wade on her recently released video at   www.JustONEJudge.com.. She urges people to vote November 4th because of the far-reaching effects of the Supreme Court nominations by the next president and confirmation by United States Senators.

"As a teacher and mother I see just how important it is to protect children," she states in the video. "Did you know that in the United States, the most dangerous place for a child to be is in the mother's womb?"

The goals of the JustONEJudge.com campaign are twofold:  1) to emphasize the importance of one individual's vote and how each person can educate himself or herself on find out where the candidates stand on the issue of life, and 2) to get signatures for the online petition to be presented to the next president and Senate, demonstrating the large numbers of citizens who are passionate about the issue of life.

"This issue needs to return to the states, so citizens can lobby their state legislatures for laws that protect the dignity of all human life from the moment of conception through natural death," said Jason Jones, founder of Just ONE Judge.

The JustONEJudge.com campaign asks Americans to study all the candidates and to pledge their votes to candidates who will support the nomination and confirmation of a Supreme Court Justice who values life.

"If Roe is not overturned, the children I teach will likely grow up as part of a culture of death learning that when we had our one real chance to end this atrocity, we didn't do enough," Baraquio states in the video.

Just ONE Judge is a nondenominational, nonpartisan, not for profit, grassroots citizens' organization focused on educating people to learn about the candidates and to understand how their one vote can impact the all-important vote on the Supreme Court of the United States.   To learn more visit www.JustONEJudge.com.  Contact us at 920-544-1378 or info@JustONEJudge.com.