For Pope Benedict XVI, Defending the Right to Life is Very Personal 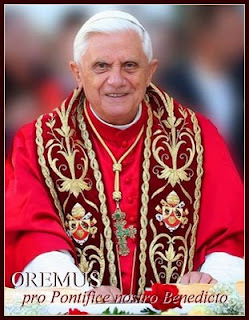 NORTH HAVEN, Conn., April 11 /Christian Newswire/ -- Many people are expecting Pope Benedict XVI to speak out in defense of human life and against abortion during his visit to the United States next week. What few people realize, however, is that the pope knows first hand what happens when a society refuses to defend the most defenseless of its citizens.

As a boy of fourteen, Joseph Ratzinger had a cousin who had been born with Down's Syndrome, only a bit younger than himself. In 1941, German state "therapists" came to the boy's house and probably informed the parents of the government regulation that prohibited mentally handicapped children from remaining in their parents' home. In spite of the family's pleas, the representatives of the Nazi state took the child away. The Ratzinger family never saw him again. Later the family learned that he had "died," most likely murdered, for being merely "undesirable," a blemish in the race, and a drain on the productivity of the nation. This was Joseph Ratzinger's first experience of a murderous philosophy that asserts that some people are disposable.

Author Brennan Pursell heard this horrifying, heart- wrenching story while collecting material for his ground-breaking biography, Benedict of Bavaria (Circle Press, 2008). While most available biographies of the pope are based on Western news coverage, Pursell, who is fluent in German, went to Germany, especially to Bavaria, where the Pope is from and collected his information from what he calls "intimate sources" - the friends, neighbors, colleagues, and co-workers who have known Joseph Ratzinger for years.

As the pope said during his visit to Austria in 2007, the right to life is the first of all human rights. To speak, then, of a "right" to abort an unborn child is a contradiction in terms. This is a truth that, for Pope Benedict, is self-evident. But how will he convey this message in America where the abortion movement is so firmly entrenched? "He will present the Catholic teaching as a positive," Pursell says. "But at the same time he will be unapologetic about it."

To schedule an interview with Brennan Pursell or to review Benedict of Bavaria, please contact Ashley Walker at The Maximus Group 678-990-9032.