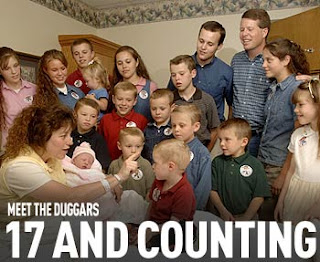 MEDIA ADVISORY, April 21 /Christian Newswire/ -- Barry McLerran, of SRB Productions and the producer of "Demographic Winter: the decline of the human family," called a commentary in today's USATODAY ("Might our Religion Be Killing Us?"), "sensationalistic and just plain wrong."

According to the opinion column by Oliver Thomas, by calling on the faithful to have large families, traditional religion is destroying the planet. Supposedly, that's because each additional human being results in the production of more greenhouse gases, accelerating Global Warming.

But, Frederick Seitz, a past president of the National Academy of Sciences, declares, "Research data on climate change do not show human use of hydrocarbons is harmful."

McLerran adds, "While man-made Global Warming is a theory, plummeting birth rates – which will eventually lead to population decline – is an incontrovertible reality."

Worldwide, since, 1970, birth rates have declined by over 50%.  According to the United Nations Population Division, if current trends continue, by 2050, there will be 248 million fewer children under 5 in the world than there are today. And that's just the beginning.

"Demographic Winter: the decline of the human family," is the first documentary to address this crisis in the making. It includes the views of prominent economists, sociologists and demographers on what demographer Philip Longman calls "the single most powerful force affecting the fate of nations and the future of society in the 21st. century."

McLerran observes, "Far from dooming the planet, by encouraging people to have children, traditional religion is helping to save humanity."

For more information on "Demographic Winter: the decline of the human family," go to www.demographicwinter.com, where a 3-minute trailer for the documentary may be viewed.

To schedule an interview with Barry McLerran, producer of "Demographic Winter," contact Don Feder at (508) 405-1337.