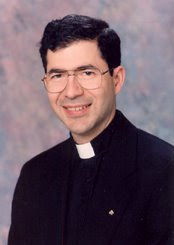 "Is This What You Mean?" Project: The Abortion Procedure Revealed – A Challenge to Politicians and Voters

We in the pro-life community have been fed up for a long time with "public servants" who can't seem to tell the difference between serving the public and killing the public. They mask the violence of abortion with the smooth language of "choice," and refuse to protect the victims.

These politicians are found in both major political parties; some hold public office and others seek it. And many Church leaders have been hesitant to discipline such individuals, even though many of them claim to practice their faith.

These abortion supporting politicians get away with what they are doing in large measure because they refuse to talk about what the "choice" actually is. They try to avoid the word "abortion" altogether; but even when they use it, the word has lost practically all its meaning. Voters hear the word but are left with little or no awareness of the gruesome horror it represents.

This election season, it's time for that to change. No matter what politicians or voters or Church officials are or are not going to do, it's time that we who know what abortion is draw a line in the sand and give candidates and office-holders alike this challenge:

If you're going to take a position on abortion, then you're going to have to come clean about what it is. We are no longer going to let you obscure or trivialize the issue. Whether people agree with you or not, you owe it to them to be honest about what you're talking about.

Therefore we issue this simple call to honesty: We will describe abortion to you, and you tell us if that's what you're talking about.

That's it, pure and simple. This is not a debate, nor a threat. It's a call to clarity, a demand for honesty. That is not partisan, nor is it unreasonable; it is not fanatical or inappropriate in any way. Nor is this about religion or morality.

I recently posted two videos on You Tube in which I describe and demonstrate the two most common abortion techniques, using the actual instruments of abortion and the words found in medical textbooks and court testimony. Below you will see the links to these videos, as well as brief quotes you can use from abortionists themselves.

Then simply ask "pro-choice" politicians (whether they are candidates or already in public office) if this is what they mean when they say "abortion." Yes or no. Ask it publicly. Ask it repeatedly. Ask it at town meetings, on blogs, in editorials. Those whose support they are seeking deserve to know.

You Tube links on the abortion procedures:

Click here to order diagrams, with descriptions, of the two most common abortion procedures.

Click here to order our DVD "See for Yourself" about the abortion procedure.

Additional quotes to use from abortion textbooks and
court testimony about legal abortion activity:

"The physician will usually first notice a quantity of amniotic fluid, followed by placenta and fetal parts, which may be more or less identifiable." (From the medical textbook Abortion Practice - Dr. Warren Hern, p.114, in section on First Trimester Abortion).

"When we do a suction curettage abortion, you know, roughly one of three things is going to happen during the abortion. One would be that the catheter as it approaches the fetus, you know, tears it and kills it at that instant inside the uterus. The second would be that the fetus is small enough and the catheter is large enough that the fetus passes through the catheter and either dies in transit as it's passing through the catheter or dies in the suction bottle after it's actually all the way out." (Sworn testimony given in US District Court for the Western District of Wisconsin (Madison, WI, May 27, 1999, Case No. 98-C-0305-S), by Dr. Martin Haskell, an abortionist. He describes legal activity.)

Answer: For a few seconds to a minute, yes.
(Sworn testimony given in US District Court for the Western District of Wisconsin (Madison, WI, May 27, 1999, Case No. 98-C-0305-S), by Dr. Harlan Raymond Giles, an abortionist. He describes legal activity.)

"The procedure changes significantly at 21 weeks because the fetal tissues become much more cohesive and difficult to dismember. This problem is accentuated by the fact that the fetal pelvis may be as much as 5cm in width. The calvaria [head] is no longer the principal problem; it can be collapsed. Other structures, such as the pelvis, present more difficulty....A long curved Mayo scissors may be necessary to decapitate and dismember the fetus..." (From the medical textbook Abortion Practice - Dr. Warren Hern, p.154)

"The doctor grips a fetal part with the forceps and pulls it back through the cervix and vagina, continuing to pull even after meeting resistance from the cervix. The friction causes the fetus to tear apart. For example, a leg might be ripped off the fetus as it is pulled through the cervix and out of the woman. The process of evacuating the fetus piece by piece continues until it has been completely re-moved."

"Let's just say for instance we took a different view, a different tact and we left the leg in the uterus just to dismember it. Well, we'd probably have to dismember it at several different levels because we don't have firm control over it, so we would attack the lower part of the lower extremity first, remove, you know, possibly a foot, then the lower leg at the knee and then finally we get to the hip."

"And typically when the abortion procedure is started we typically know that the fetus is still alive because either we can feel it move as we're making our initial grasps or if we're using some ultrasound visualization when we actually see a heartbeat as we're starting the procedure. It's not unusual at the start of D&E procedures that a limb is acquired first and that that limb is brought through the cervix and even out of the vagina prior to disarticulation and prior to anything having been done that would have caused the fetal demise up to that point."

"When you're doing a dismemberment D&E, usually the last part to be removed is the skull itself and it's floating free inside the uterine cavity...So it's rather like a ping-pong ball floating around and the surgeon is using his forcep to reach up to try to grasp something that's freely floating around and is quite large relative to the forcep we're using. So typically there's several misdirections, misattempts to grasp. Finally at some point either the instruments are managed to be place around the skull or a nip is made out of some area of the skull that allows it to start to decompress. And then once that happens typically the skull is brought out in fragments rather than as a unified piece..."
(Sworn testimony given in US District Court for the Western District of Wisconsin (Madison, WI, May 27, 1999, Case No. 98-C-0305-S), by Dr. Martin Haskell, an abortionist. He describes legal activity.)