Affirming the Gospel of Life - I 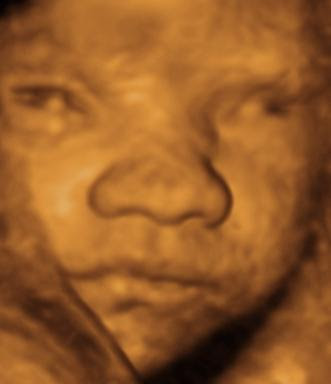 Prenatal diagnosis, which presents no moral objections if carried out in order to identify the medical treatment which may be needed by the child in the womb, all too often becomes an opportunity for proposing and procuring an abortion. This is eugenic abortion, justified in public opinion on the basis of a mentality-mistakenly held to be consistent with the demands of "therapeutic interventions"-which accepts life only under certain conditions and rejects it when it is affected by any limitation, handicap or illness.

Following this same logic, the point has been reached where the most basic care, even nourishment, is denied to babies born with serious handicaps or illnesses. The contemporary scene, moreover, is becoming even more alarming by reason of the proposals, advanced here and there, to justify even infanticide, following the same arguments used to justify the right to abortion. In this way, we revert to a state of barbarism which one hoped had been left behind forever.
...
Humanity today offers us a truly alarming spectacle, if we consider not only how extensively attacks on life are spreading but also their unheard-of numerical proportion, and the fact that they receive widespread and powerful support from a broad consensus on the part of society, from widespread legal approval and the involvement of certain sectors of health-care personnel.

As I emphatically stated at Denver, on the occasion of the Eighth World Youth Day, "with time the threats against life have not grown weaker. They are taking on vast proportions. They are not only threats coming from the outside, from the forces of nature or the 'Cains' who kill the 'Abels'; no, they are scientifically and systematically programmed threats. The twentieth century will have been an era of massive attacks on life, an endless series of wars and a continual taking of innocent human life. False prophets and false teachers have had the greatest success".

Aside from intentions, which can be varied and perhaps can seem convincing at times, especially if presented in the name of solidarity, we are in fact faced by an objective "conspiracy against life", involving even international Institutions, engaged in encouraging and carrying out actual campaigns to make contraception, sterilization and abortion widely available. Nor can it be denied that the mass media are often implicated in this conspiracy, by lending credit to that culture which presents recourse to contraception, sterilization, abortion and even euthanasia as a mark of progress and a victory of freedom, while depicting as enemies of freedom and progress those positions which are unreservedly pro-life.

The absolutely unjustifiable "termination of pregnancy" which costs the lives, as it always has, of numerous innocent children, remains a painful concern for the Holy See and for the entire Church. Perhaps the current debate of political leaders on the interruption of pregnancy in its late stages will strengthen the awareness that the diagnosis of disability in the unborn child cannot be a reason for abortion, because life with such a disability is also desired and appreciated by God, and here on earth no one can ever be sure that he or she will live without physical or spiritual limitations.

Benedict XVI
Address to the new Ambassador of Germany
September 28, 2006
[FROM RORATE CAELI]
Posted by Deacon John at 7:17 PM