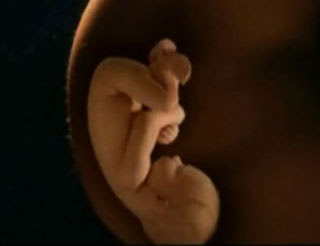 READ THE BIBLE IN ONE YEAR: http://www.oneyearbibleonline.com/december.asp?version=63&startmmdd=0101

(Gen 1:26-27) Then God said, "Let us make man in our image, after our likeness; and let them have dominion over the fish of the sea, and over the birds of the air, and over the cattle, and over all the earth, and over every creeping thing that creeps upon the earth." So God created man in his own image, in the image of God he created him; male and female he created them.

The Vatican on Friday reopened ethical questions surrounding stem cell research and techniques such as cloning with a document affirming the "dignity of the human embryo."

"Dignitas Personae" (Dignity of the Person), the first "instruction" on reproductive technology in more than 20 years, comes as countries including the United States and France prepare to review policies in the controversial field.

The sweeping instruction lists biomedical techniques considered "illicit" by the Roman Catholic Church such as in vitro fertilisation, cloning, the therapeutic use of stem cells, producing vaccines from embryo cells and the use of the "morning-after" contraceptive pill.

Such practices go against the "fundamental principle" that the dignity of the person must be recognised from conception until natural death, it says.

Issued by the Congregation for the Doctrine of the Faith, the Vatican's doctrinal watchdog, the 33-page instruction updates a 1987 document, "Donum Vitae" (The Gift of Life), which asserted the integrity of the human embryo.

The new instruction virtually enshrines the embryo not only as a human being but also as a whole "person" with all the philosophical and legal consequences that such recognition might entail, according to Bishop Rino Fisichella, secretary of the Congregation for the Doctrine of the Faith.

"The recognition is implicit, but we don't get involved in the philosophical debate," Fisichella said as he presented the document.

The document, approved by Pope Benedict XVI, also reprises the Church's condemnation of in vitro fertilisation, while decrying methods that prevent implantation of the embryo or cause its elimination as "falling within the sin of abortion".

"The blithe acceptance of the enormous number of abortions involved in the process of in vitro fertilisation vividly illustrates how the replacement of the conjugal act by a technical procedure ... leads to a weakening of the respect owed to every human being," the document says.

The text also warns against a "eugenic mentality" arising from advances in genetic engineering, saying: "In the attempt to create a new type of human being, one can recognise an ideological element in which man tries to take the place of his Creator."

9. One lies for sheer wantonness, another for amusement; one, to make the bystanders laugh; and another, to trap his brother and do him injury.    Prayer request?  Send an email to: PrayerRequest3@aol.com