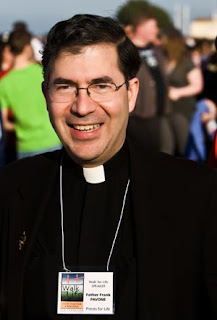 A lot of energy was expended to stop the "Freedom of Choice Act" (FOCA), and those efforts succeeded. But pro-life groups warned that the FOCA provisions to expand abortion and force us to pay for it would be snuck in under another bill.

Well now it's here, and we have to act quickly to stop it. The health care reform bills now being finalized in Congress are going to end up mandating the federal funding of abortion without even mentioning the word - unless Congress explicitly excludes abortion. And that's what we have to urge them to do. Otherwise, we will end up with a health care reform bill that will expand abortion more radically than anything since Roe vs. Wade.

Abortion, of course, is not health care and has nothing to do with health care. After all, what disease does abortion cure? None. And what proven medical benefit comes from the procedure? Again, none.

But in the minds of President Obama and the abortion lobby, abortion is essential. On July 17, 2007, for instance, Barack Obama said to the Planned Parenthood Action Fund, "Reproductive care is essential care, basic care so it is at the center, the heart of the plan that I propose...insurers are going to have to abide by the same rules in terms of providing comprehensive care, including reproductive care...that's going to be absolutely vital."

And Hilary Clinton said the following to the House Foreign Affairs Committee on April 22, 2009: "Reproductive health includes access to abortion..."

Many will be misled by the fact that the health care bills don't talk about abortion. But as Congressman Chris Smith pointed out in a June 26 letter to colleagues in Congress, "Without abortion explicitly excluded from any government mandated or government funded benefits package, abortion will be included. Time and again, bureaucrats and courts have decided that abortion must be included in public health programs unless the Congress explicitly provides otherwise." That is why explicit exclusions of abortion have been placed in programs like SCHIP and the Federal Employee Health Benefits Plan.

Without such an exclusion in health care reform legislation, federal officials would be empowered to mandate coverage of abortion in virtually all health plans; massive federal subsidies would be provided for abortion on demand; an expansion of abortion providers would be required; and at least some state abortion regulations would be nullified.

A vast majority of Americans oppose the public funding of abortion. As Congressman Smith points out, "Abortion funding restrictions save lives...The...Alan Guttmacher Institute periodically publishes reports on the effect of limitations on abortion funding. They have concluded that when Medicaid does not fund abortion 30% of Medicaid-eligible women who would have otherwise had an abortion choose life" (June 26 letter to colleagues).

In committee, pro-life amendments to prevent abortion coverage have already been rejected by pro-abortion legislators. And they want to vote on a health care bill within weeks, before people have a chance to consider all the implications. Your Representative and Senators need to hear from you today.

This column can be found online and can be heard in audio format at www.priestsforlife.org/columns/columns2009/09-07-27-stealth-care.htm

Comments on this column?  Go to www.AskFrFrank.com