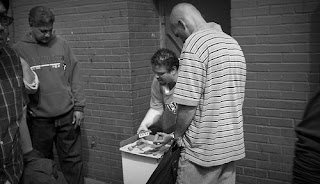 In New York City, swindlers play a card game on the sidewalks called "Three Card Monte." The card dealer, using a cardboard box as his table, identifies three cards, stating that one of them, e.g., the Queen of Hearts, is the winning card: the cards are placed face down and are then quickly scrambled. The dealer works with a confederate, another con man, who plays the game only to lose. But he is actually the bait to lure some tourist who thinks he can outsmart the dealer. With sleight of hand, the dealer winds up cheating the tourist.

This is what Sen. Harry Reid's health care bill resembles—"Three Card Monte." The dealer is the federal government with its "opt out" and "firewall" illusions regarding abortion coverage; the confederate is the insurance companies with its "segregation of funds" illusions; and the loser is the taxpayers, especially those who are pro-life.

The central difference between the card game and the health care bill is that the former doesn't wind up subsidizing the killing of innocents.