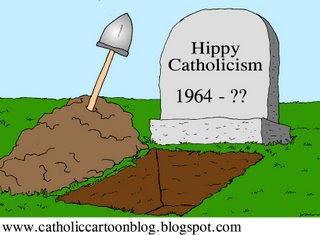 SAN FRANCISCO, September 28, 2007 (LifeSiteNews.com) - Following the discovery of an ad for a sadomasochistic street parade in San Francisco which mocked the Last Supper replacing Christ and His Apostles with leather-clad (and unclad) homosexuals, Concerned Women for America (CWA) and other groups called on California legislators to denounce the anti-Christianity. Rather than denounce the ad, House Speaker Nancy Pelosi has derisively dismissed any concerns.

Drew Hammill, Pelosi's press secretary, responded to media questions on the offensive ad saying, "As a Catholic, the speaker is confident that Christianity has not been harmed."

The offensive ad was put together by organizers of San Francisco's partially taxpayer funded and Hedonistic Folsom Street Fair - sponsored by Miller Brewing, Co. - which will take place this Sunday. Over 400,000 people are expected to attend.

"As if the add itself isn't offensive enough," said, Matt Barber, CWA's Policy Director for Cultural Issues, "we have photographic evidence that the San Francisco government suspends indecency and child abuse laws for a day allowing fair goers to parade the streets of San Francisco, fully nude, engaging in illegal public sex while tax-payer funded police stand-by and do nothing."

"Children are allowed to - and do - attend this event and are exposed to this activity which is illegal child abuse," added Barber. "We're a nation of laws, and we're calling on Mayor Gavin Newsom to enforce the law and for San Francisco police to arrest lawbreakers on Sunday."

Pelosi, who is a major supporter of the "gay" lifestyle, will be receiving an award from the radical homosexual group, "Human Rights Campaign" on October 6th.

Bishop on Nancy Pelosi: It's "Categorically Impossible" to be Catholic and Hold Abortion is "Just a Choice"
http://www.lifesite.net/ldn/2007/mar/07030106.html