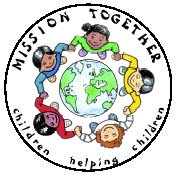 Aachen (Agenzia Fides) - Germany's 500.000 Holy Childhood Christmas Carol 'Sternsingers' "Sternsinger" can be rightly proud of their efforts to help less fortunate children: in last year's campaign, the 49th, the sum of 38,8 million Euro was collected. The fund gathering involved 12,223 parishes all over Germany. This sum (exactly 38.808.602 Euro) was 155.688 Euro higher than the one collected last year, and the second largest since the first collection in 1959. In 2005, with the impact of the tragic Tsunami in south east Asia, the total sum collected was 47,6 million Euro.

Dressed as the Three Wise Men and bearing the Star the children go from door to door to sing carols and collect offerings during the Christmas season for about two weeks. From about 12,500 parishes some 500,000 children will carry the traditional blessing of Christ, the letters are chalked over every door "C+M+B" ("Christus mansionem benedicat - Christ bless this house") to collect offering for less fortunate children in other parts of the world. The initiative has spread to some neighboring countries and is the world's largest solidarity initiative involving children to help children.

The Sternsigers were remembered by Pope Benedict XVI during his recent visit to Austria. On the occasion of his meeting with Catholic and state volunteer associations, on the afternoon of Sunday 9 September, during his address the Holy Father said he thanked "every woman and every man, all the young people and all the children - the volunteer work carried out by children is at times impressive; we need only think of the activity of the Sternsinger at Christmastime; you, dear Archbishop, have already mentioned this. I would also like to express gratitude for the efforts, large and small, which often go unnoticed".

With the funds collected the organizers of the initiative - Holy Childhood Germany and Catholic Youth Germany (BDKJ) - intend to support some 3,000 programmes to help children in need in Africa, Latin America, Asia, Oceania and Eastern Europe: more than 1.6 million.

The chairman of Holy Childhood Germany, Mgr Winfried Pilz, expressed deep gratitude to all the many children and adults who donated offerings: "It is wonderful to see that our initiative continues to be so successful. It cannot be taken for granted and this means we must start out with courage to plan our 50th collection". "Sternsinger 2008" collection, with the motto "Sternsinger for a United World", will be presented in the foyer Colongne's Catholic Cathedral on 21 September. About 100 children will form a living image of this year's campaign poster, children all around the globe of the world. (MS) (Agenzia Fides, 19/09/2007 - 34 righe, 411 parole)