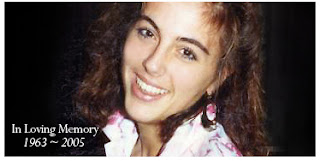 December 14, 2007 (LifeSiteNews.com) - Bobby Schindler, the brother of Terri Shiavo, the young woman who was dehydrated to death in Florida in 2005, has become a prominent opponent of euthanasia since that wrenching time for his family. In a recent Challenge magazine interview with Alex Schadenberg of the Euthanasia Prevention Coalition, Schindler revealed the shocking details of the support from many prominent Catholic clergy for the court ordered removal of food and hydration from Terri. Bobby is a practicing Catholic as was his sister.

Schindler stated that his sister "was not dying, not attached to any type of machinery and was only being sustained by food and water via a feeding tube." He noted that Catholic teaching does not allow a person "regardless of any advanced directive or even the sworn testimony of another person" to refuse food and water with the intent to cause their own death or that of another.

Still, Fr. Gerard Murphy of the Diocese of St. Petersburgh, Florida actually helped Judge Greer make the decision to dehydrate and starve Terri to death. Fr. Murphy did not consult with any members of Terri's family and did not even visit Terri. Murphy did however consult with Michael Schiavo's attorney, George Felos, an assisted suicide/euthanasia activist, and testified on behalf of Michael Schiavo.

Bishop Lynch of the Diocese of St. Petersburg refused to help the family stop the euthanasia death order and supported Father Murphy's seriously flawed position. The bishop eventually issued a confusing statement that was of no help to the situation and after that the Florida bishops supported Bishop Lynch's position.

Other prominent US clergy also made public statements condoning what was happening to Terri.

Schindler said Jesuit Father John Paris, professor at Boston College, commented on Pope John Paul II's statement mandating life sustaining treatment. Paris said in these situations, "I think the best thing to do is ignore it and it will go away. It's not an authoritative teaching statement. The problem here is that non-Catholics think when the Pope says 'Jump,' we all say, 'How high?'"

Father Kevin O'Rourke, ethics professor at the Loyola University of Chicago Medical School, told the Miami Herald that preserving Terri's life was "blasphemy." He also said, "For Christians, it is a blasphemy to keep people alive as if you were doing them a favor."

Father Richard McBrien, theology professor at the University of Notre Dame, told Bill O'Reilly of Fox News that, "This is not a question of euthanasia," directly contradicting the Vatican. "This is the removal of an 'extraordinary' means of sustaining life …"

Fortunately, there were many other priests and some bishops who were appalled by what was happening. The Vatican began issuing their own statements. Cardinal Javier Lozano Barragan, president of the Pontifical Council for Health Care, said, "Food and hydration are never considered medicine. To remove them means euthanasia, it means killing, and so this woman was killed by hunger and starvation. Let's stop with the euphemisms - they killed her."

Then, on March 31, Cardinal (Renato) Martino issued the strongest statement yet from Rome, when he said, "Whoever stands idly by without trying to prevent the death of Terri Schindler-Schiavo becomes an accomplice to murder."

Terri was successfully murdered as she succumbed to the extended withholding of food and water on March 31, 2005.

See the complete interview as published in the November The Interim newspaper at http://www.theinterim.com/2007/nov/08schindler.html ;