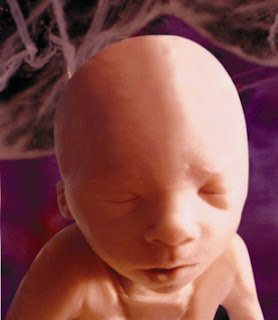 OTTAWA, December 21, 2007 (LifeSiteNews.com) - An Ottawa Sun writer admitted she was "taken aback" to discover that abortion hurts survivors, both women and men, and that it seems there are some subjects that even "open and tolerant" Canada does not want to discuss. Some readers have responded with hostility to the series of articles run by Sun Media newspapers leading up to the 20th anniversary of the 1988 Supreme Court of Canada decision that swept away any legal restrictions on abortion.

Ann Marie McQueen wrote in the Ottawa Sun Thursday that there are some subjects that even the open and liberal society of Canada does not want talked about in public. But pro-life advocates and educators are only too familiar with the phenomenon of people who support the unlimited freedom to kill children in the womb not wanting to talk about abortion or its consequences.

"I will tell you why no one is interested in talking about this: It is categorically none of their business, that is why. Whether to have an abortion or not is a private matter between a woman and her conscience and her doctor - period," wrote one of McQueen's readers who went on to say "no one has the right, especially men, to tell women what they can and cannot do with their bodies."

The Sun's abortion series ran from Saturday to Tuesday this week and covered the issue from every angle, interviewing both pro-life advocates and abortionists and their supporters. McQueen quoted women who had had abortions and examined the various changes in attitudes towards abortion in its portrayal in film and television.

McQueen wrote Thursday that the Ottawa Sun had expected to be "bombarded" with responses from pro-life people and groups, but that she was "taken aback" that most of the letters "were letters from people who have deeply suffered from their abortions."

"From women, yes, but men too. I didn't expect to have people pour out their hearts full of pain to me, a stranger reminding them of the very procedure which scarred them so." McQueen admitted that she had failed to consider the damage done by abortion to men. "It is not just about the woman," one reader wrote.

Another said, "It seems that men are left out at this stage ... as if we did not exist. Only after the child is born are expectations and responsibilities placed on us. I would have done anything to have kept my son or daughter."

McQueen admits that "pro-lifers get a bad rap in this country, and below the border as well".

McQueen is unable to square the circle, however, between two incompatible views. Although pro-life people "believe a person is a person from the moment he or she is conceived" and have the right to hold that opinion in a free and democratic society, a woman "should be able to decide -- freely, without restrictions or hurdles or much in the way of limits -- what to do with one growing in her belly".

Ultimately, McQueen places herself in the category of the pro-abortion "us", the majority of Canadians she says are opposed to the pro-life position, writing, "It's so easy to discount the 'other side' of anything as ignorant or crazy, or weird, or uneducated, or Neanderthals. Some of them are, sure. But most are just like us, with a different point of view."

Donate to LifeSiteNews.com at http://www.lifesitenews.com/contribute/