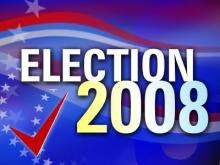 DEMS HOLD FIRE ON HUCKABEE; SEE 'EASY KILL' IN GENERAL ELECTION - Drudge
Democrat party officials are avoiding any and all criticism of Republican presidential contender Mike Huckabee, insiders reveal. The Democratic National Committee has told staffers to hold all fire, until he secures the party's nomination. "His letting out murderers because they shout 'Jesus', his wanting to put 300,000 AIDS patients and Magic Johnson into isolation, ain't even scratching the surface of what we've got on him."
http://www.drudgereport.com/flashhu.htm

HUCKABEE, ROMNEY, CHURCH AND STATE
Secularists feign sympathy with Romney for having to address the Mormon question in response to alleged anti-Mormon bigots but condemn him for failing in his speech to expressly include nonbelievers among those whose religious liberty he would safeguard.

This particular attack on Romney by the secularist bigot patrol reveals their own religious bigotry, their ignorance or their disingenuousness. It goes without saying that robust religious liberty includes the freedom to believe in any religion or not to believe at all.

But the secularists' attacks on Huckabee are more serious. They have taken him to task for identifying himself as a "Christian leader" in Iowa.

When a Christian legislator votes to restrict abortion, he is not using government to endorse his religion any more than a secularist legislator is endorsing atheism by opposing those restrictions. The Christian legislator is not establishing Christianity but rather certain laws grounded in Christian values -- as well as those of other religions.
http://www.townhall.com/columnists/DavidLimbaugh/2007/12/11/huckabee,_romney,_church_and_state

TWO PRESIDENTS IN THE WHITE HOUSE? - Wall Street Journal
Bill Clinton's mere presence in the West Wing would be intimidating.
We now face the extraordinary possibility of having two presidents in the White House who are married to each other. That prospect is something that never occurred to our nation's founders, and is only now beginning to catch the attention of the public, with Hillary Clinton's position as front-runner for the Democratic presidential nomination.

Imagine being asked to serve as her running mate, knowing that her husband would be far more influential than any vice president. What would a potential secretary of state face now that Sen. Clinton has already said she would use her husband as ambassador to the world? As a former president, would Mr. Clinton read the daily intelligence briefing? His unofficial portfolio would potentially overlap with everyone in authority, without his being subject to Senate confirmation.

The federal anti-nepotism law enacted in December 1967--partly as a reaction to John F. Kennedy's appointment of his brother Robert as attorney general--prohibits any official in the three branches of government, including the president, from appointing a relative to a job over which that official has authority or control. This means Mr. Clinton could not be a cabinet secretary or an ambassador, or White House chief of staff. His role would be necessarily ambiguous. At a time when voters are crying out for more openness in government, such an arrangement raises questions about transparency and accountability.

Bill Clinton's mere presence in the West Wing would be intimidating and complicating.
http://www.opinionjournal.com/editorial/feature.html?id=110010973

NATIONAL REVIEW ENDORSES ROMNEY FOR PRESIDENT
More than the other primary candidates, Romney has President Bush's virtues and avoids his flaws. His moral positions, and his instincts on taxes and foreign policy, are the same. But he is less inclined to federal activism, less tolerant of overspending, better able to defend conservative positions in debate, and more likely to demand performance from his subordinates. A winning combination, by our lights. In this most fluid and unpredictable Republican field, we vote for Mitt Romney.
http://article.nationalreview.com/?q=YmMxYTUyYzA1YTk2YzE5NGVmNjc0OGFjYWJmNzMzNjI=&p=1

THE MITT-MIKE RELIGIOUS WAR By Patrick J. Buchanan
The Baptist preacher, ex-Gov. Mike Huckabee, has taken a sudden and strong lead in Iowa, with ex-Gov. Mitt Romney the only man who can stop him there. And what Huckabee has said about the homosexual lifestyle is less likely to hurt him with caucus-goers than to solidify his support as a godly man. Moreover, he is surging nationally, as the former front-runners -- McCain, Rudy and Thompson -- slowly fade.

If Romney wins Iowa, not only would that break Huckabee's momentum, but Romney would likely surge to victory in New Hampshire, five days later, where he leads, and in Michigan, a week after, where his father was governor
http://www.townhall.com/columnists/PatrickJBuchanan/2007/12/11/the_mitt-mike_religious_war

IN POLITICS VALUES MATTER, NOT THEOLOGY
Rightly or wrongly, many evangelicals resent Mormons calling themselves Christian.

Evangelicals have the right to proclaim Mormons as non-Christians, but they hurt themselves and their country if they measure a candidate's theology. They should concern themselves with a man's theology only when choosing a religious leader. When choosing a political leader, theology should not count.


REP. PAUL SAYS NO TO LIBERTARIANS
In Charleston, S.C., the Libertarian National Committee on Sunday unanimously approved a resolution praising Paul and urging him to seek the Libertarian nomination. Paul was the 1988 Libertarian presidential nominee.

But Paul spokesman Jesse Benton said it would not happen: "Ron has no intention to run third party whatsoever."
http://www.denverpost.com/ci_7678906?source=rss