The First Christians Condemned Abortion as “Among the Worst of Sins” 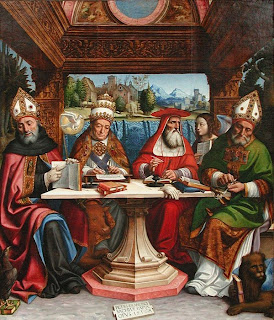 June 15, 2009 (LifeSiteNews.com) – David Brattston, a retired lawyer and judge, has written an article, published by LifeSiteNews here, in which he explores the question of what early Christians had to say about abortion.
The article comes in the wake of scandals involving Vice President Joe Biden and Speaker of the House Nancy Pelosi, who are both Catholic but who have claimed in interviews with media that the morality of abortion has been a question of debate throughout Christian history.
Brattston shows that, on the contrary, abortion was unanimously considered sinful according to the earliest Christian thinkers. The author explores the writings of Christian thinkers from the time of Christ up until the first Church ecumenical council at Nicea in 325AD.
Brattston writes that his conclusion is readily supported by the facts. His sources were written early enough that the writers would have either known the apostles or their disciples, or the writers would be only a few generations later than the apostles.
He quotes texts such as The Didache, an “anonymous church manual of the late first century,” which says that “thou shall not murder a child by abortion nor kill that which is begotten.”
Tertullian’s On the Soul also states that abortion is immoral: “The embryo therefore becomes a human being in the womb from the moment that its form is completed. The law of Moses, indeed, punishes with due penalties the man who shall cause abortion, inasmuch as there exists already the rudiment of a human being.”
Brattston concludes by saying that across early Christendom, abortion was “forbidden by God and in the same category as any other murder.”
See the full article here.
Posted by Deacon John at 11:28 PM