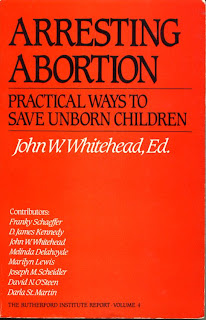 RICHMOND, Va., Aug. 31 /Christian Newswire/ -- Pointing out that many centers in which first trimester abortions are performed are treated as regular doctors' offices and are not subject to even basic licensing requirements, The Rutherford Institute is urging Governor Bob McDonnell (R-VA) to implement more stringent health and safety regulations for abortion clinics.

In a letter to the governor, Institute president John W. Whitehead calls on McDonnell to use South Carolina's Code of Regulations § 61-12, which was upheld by the Fourth Circuit Court of Appeals in 2002, as a model for the Commonwealth to follow in drafting its own regulations. The Institute's letter, which was copied to members of the General Assembly, comes on the heels of an official opinion issued by Attorney General Ken Cuccinelli in which he concludes that the Commonwealth can regulate abortion facilities without offending constitutional principles.

A copy of the Institute's letter to Governor McDonnell is available here.

Under Virginia law, outpatient abortion clinics are defined as outpatient hospitals. However, as Attorney General Cuccinelli recently noted, abortion facilities that limit their practice to reproductive services often characterize themselves as "physicians' offices," whereby they are legally exempt from licensure requirements that apply to other outpatient hospitals.

Taking issue with this exemption, Whitehead insists that the "nature of the abortion procedure and its inherent risks are reason enough to advocate for increased regulation of abortion clinics in the Commonwealth." Moreover, courts have identified a more fundamental reason for regulating these facilities even more stringently than other outpatient surgical centers. As the Supreme Court has acknowledged, abortion is different "because no other procedure involves the purposeful termination of a potential life."

The Institute's letter concludes by urging Governor McDonnell to advocate the adoption of common-sense clinic safety regulations for the protection of women undergoing abortions and the promotion of public health. As Whitehead points out, "in light of the serious, invasive nature of abortion and the well-recognized state interest in promoting public health and welfare, the Commonwealth has both the authority and an obligation to its citizens to adopt reasonable, common-sense regulations."