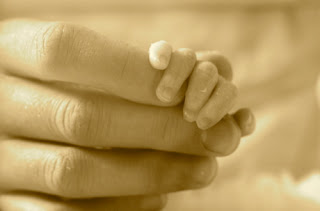 CACERES, Spain, March 30, 2007 (LifeSiteNews.com) - “Abortion implicates denying the existence of the life of a human person,” concluded the first international congress on “Women and Abortion”, held in Caceres, Spain, March 8 to 10.

Organized by the Spanish Family Forum, the congress issued a report on the conclusions arrived at during the two-day session, reported by Fides News Agency.

While abortion denies the existence of “a life which must develop and become complete in autonomy,” the report stated, abortion also denies the life of the unborn child’s parents. The document warned that women must be informed of the real dangers of abortion, particularly the likelihood of developing post-abortion syndrome. As well, the physical dangers of chemical abortions caused by taking drugs such as RU-486 or the “morning after pill” must be made known to women, the report stated.

The public must be alerted to the interests fueling promotion of abortion, including economic, political and social planning initiatives, which the report calls “a chorus which invades the media” and needs to be countered by the presence of pro-life activists.

The congress Conclusions reiterates the humanity of human embryos and emphasizes the immorality of human embryonic research--the report outlines promising alternatives to the use of embryonic stems cells, including cells found in the umbilical cord and amniotic fluid.

The document calls for conscientious objection to immoral research and practices, stating, “When a society accepts abortion it is preparing to eliminate freedom.” Participants in the congress resolved to build a social network the fight the plague of abortion and to support effective family policies.

(with files from Fides News Agency)