The Church Is in Deep Trouble

The Church Is in Deep Trouble

by Russell Shaw on Aug 24, 2012 in Columnists, Featured, Government & Politics 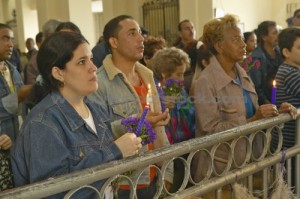 Worried conservatives reacted negatively to the news that Cardinal Timothy Dolan of New York had invited Barack Obama to the Al Smith Dinner in October. But the cardinal plainly believes the invitation serves the best interests of the Church—declaring war on the President of the United States by excluding him from this politically tinged festive event would hardly be helpful.

That’s a reasonable position. But we need also to ask whether war has already been declared—not by the Church but on the Church and what it stands for. With Catholic institutions battling for survival in light of the Obama administration’s “free birth control” rule, this alarming possibility must be taken with the utmost seriousness.

Just how alarming the possibility is was underlined by a recent Pew Research Center survey covering voters’ views. I found myself wondering whether to laugh or cry when scanning the Catholic results. Then reality set in, and the answer was clear: Cry of course. If these figures are correct—and there’s every reason to think they are—the Church is in deep trouble.

Some news accounts found encouragement in particular findings of the survey. But they failed to mention the finding that really catches the eye. Asked who better reflects their views on social issues like abortion and gay rights, Barack Obama or Mitt Romney, 51% of Catholics said Obama, against 34% who said Romney. (For all voters, the figures were 50% and 36% respectively.)

This has two explanations, neither consoling.

The first, certainly true in some cases, is ignorance. Obama supports legalized abortion and same-sex marriage. As for Romney, whatever his position may have been when he was governor of Massachusetts, he’s now opposed to both, though neither he nor his campaign people have been very forthcoming about saying so. Catholics unaware of these things should know them—which is not to say they will.

The second explanation, also undoubtedly true in many cases, is that Catholics who say they and Obama stand together on the social issues know where Obama stands and are speaking the simple truth.

This survey was conducted for the Pew people in late June and early July. The researchers did phone interviews with 2,973 adults, including 619 Catholics. For the Catholic sample, the margin of error was 4.6%–in other words, the numbers for all Catholics could be slightly higher or slightly lower. As noted, some readers saw the results as encouraging. But except for matters already known (e.g., Catholics generally take a positive view of their local bishops), I did not.

Throughout, the survey results reflected a familiar split within the ranks of Catholics, between those who attend Mass weekly and those who don’t. (Among the latter, there was no breakdown to show how often or seldom they do attend or whether they attend at all.)

On the Obama-Romney question, 53% of weekly Mass attenders said Romney better reflects where their position on social issues, against 37% who said Obama. But the results were reversed among those who don’t attend weekly, with 54% giving the nod to Obama and 31% to Romney. Since non-attenders now outnumber weekly attenders by more than two to one in the general body of American Catholics, that presumably accounts for the tilt toward Obama (51%) among Catholics overall.

With more than two months remaining before the election, it’s too soon to say how all of this will play out in November. But one thing already is clear. This will be an election of singular importance for Catholicism in America.

via catholiclane.com
Posted by Deacon John at 3:17 PM