AMERICA/DOMINICAN REPUBLIC - Bishops' Conference launches campaign in defense of life from conception, and the legal foundations of the family in light of the Constitutional reform 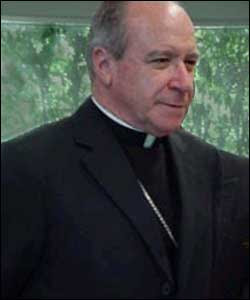 Santo Domingo (Agenzia Fides) – Cardinal Nicolas de Jesus Lopez, Archbishop of Santo Domingo and President of the Dominican Republic Bishops' Conference (CED) has sent a letter reminding lawmakers in the country's national assembly, at this moment in which the Constitution is undergoing reforms, that "the entire Church is praying for them, that the Lord may enlighten them in their commitment to the nation." He also mentions that "the Catholic Church has not changed in her position against abortion," reminding them once more of the appeal made by the Bishops in their message on February 27, 2009, in which they asked legislators "not to back down in defense of the dignity of the human person and the fundamental rights and duties they have, as well as in the respect for life from conception until death." And they asked that "Article 20 of the Constitutional Reform Bill be maintained as it is written: 'The right to life is inalienable from conception until death. The death penalty will in no case be established, pronounced, or applied'." (see Fides 18/2/2009).
The Cardinal concludes his letter saying that he hopes this Holy Week will give lawmakers a chance to "reflect on this historically important task that the country has placed in their hands."
The CED's Secretary General has sent out a message to all parish pastors and school principals asking that they support the CED's initiative in collecting signatures to be presented to Congress, in defense of life from conception and for the legal foundation of the family. (RG) (Agenzia Fides 7/4/2009)