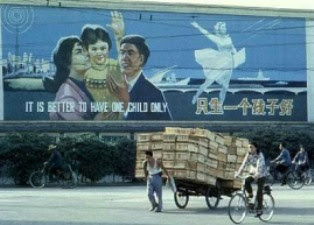 Among other things, UNFPA actively participates in China’s one-child policy.

By Samantha Singson
NEW YORK, NY, April 16, 2009 (C-FAM) - This year marks the fifteenth anniversary of the International Conference on Population and Development (ICPD). While the international community holds meetings around the world to discuss global progress towards achieving the goals outlined in the 1994 ICPD program, the UN Population Fund (UNFPA) and pro-abortion non-government organizations (NGOs) are attempting to block pro-life participation from discussions on "sexual and reproductive health and rights."
In particular, the ICPD +15 Global NGO Forum - to be held in September in Berlin - is being organized by a steering group composed of UNFPA, along with abortion advocates such as International Planned Parenthood Federation, the International Women's Health Coalition and Population Action International.  Included on the list of objectives for the meeting is discussion of the "challenges to SRHR [sexual and reproductive health and rights] from those actively opposed to the agenda" - in other words, pro-life NGOs.
A note from the steering committee reveals that the "global" meeting will be limited to 400 people and on an application basis. Attendance is further restricted by the steering committee allotting 225 NGO representatives from the global South and only 100 from the North, and by an aspirational quota of having 25% of all NGO participation by young people under the age of 30. Pro-lifers believe this represents a concerted effort to keep them out of the meeting.
The UN in general and UNFPA in particular have a history of trying to keep out members of civil society who disagree with the pro-abortion ethos there. A UNFPA employee told pro-lifers at the Hague Forum, a similar meeting to this one in advance of Cairo+5 in 1999, that there "was a quota" on pro-life groups allowed into that meeting. The gate-keepers at the Beijing+5 meeting at UN headquarters in New York in 2000 accredited several thousand radical feminist NGO members but only 30 pro-lifers.
The original 1994 ICPD meeting held in Cairo was fraught with controversy over abortion. After months of heated debates over phrases like "reproductive rights," "reproductive health services" and "sexual and reproductive health," the nations of the world left Cairo with the agreement that the ICPD program of action created "no new rights," in particular, no new right to abortion. Many countries also made reservations to ensure that terms related to reproductive health could not be construed to include abortion.
Critics fear that the Global Forum meeting is just the latest attempt by abortion advocates to expand the ICPD program of action, under the guise of representing the "global" NGO community.
Organizers at the meeting in Germany hope to draft and circulate a "call to action" which will contain provisions on ensuring "strong political and financial support" for sexual and reproductive health and rights and a push for "concrete national, regional and global accountability mechanisms and structures" to hold governments accountable. The call to action will be forwarded to the UN General Assembly.
Abortion advocates have steadily been ramping up for the ICPD +15 anniversary. At the UN Commission on Population and Development meeting earlier this month, abortion advocates focused on pressing countries to liberalize their laws and expand abortion access to prevent "unsafe abortion" as part of their ICPD commitments. During a panel discussion, Barbara Crane, executive vice president of the abortion advocate Ipas, lamented the lack of "courage and commitment" needed to "take the ICPD forward" and complained that only a few countries outlawed abortion but that they "too often drive discourse here at the UN."
A variety of other meetings to mark the ICPD anniversary are scheduled through the fall, including the World Health Assembly meeting in Geneva in May and UNFPA-organized parliamentarian meeting in October.