Fr. Euteneuer's Statement on the "12th and Delaware" Documentary: 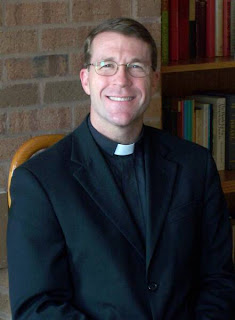 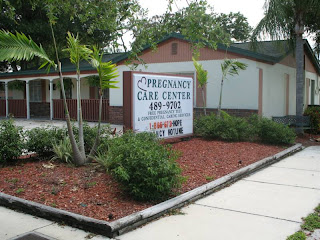 MEDIA ADVISORY, Feb. 10 /Christian Newswire/ -- Rev. Thomas J. Euteneuer, President of Human Life International, commented today on the premier of "12th and Delaware", an HBO documentary film that focuses its attention on a corner in Fort Pierce, Florida where the battle for the defense of the unborn rages daily. Rev. Euteneuer, who appears in the film, stated, "Despite the efforts of the directors and the editors of the film to malign the reputation of Pregnancy Care Center and distort the truth, the grisly reality of abortion still takes center stage in this real-life drama. Even the best editors in the film industry cannot frame abortion in a positive light. Human Life International stands behind the staff of Pregnancy Care Center, and affirms their sacrificial and completely ethical efforts to save the lives of the unborn and assist their mothers."

The film, which premiered in the Sundance Film Festival in late January, is certain to raise eyebrows amongst the pro-life and pro-abortion communities alike, because of its intimate look at abortion behind the closed doors of both a pregnancy care center and an abortion clinic. The creators of the film, Heidi Ewing and Rachel Grady, despite trying to appear as "objective" reporters, omitted a few details that were relevant to the story. Such details include the felony records of the two people who were featured as heroes of the abortion industry, the persistent violence of the abortion side which provoked a lawsuit against the clinic and its employees, two death threats against Rev. Euteneuer by two separate abortion clinic employees which resulted in a huge financial judgment against one of them, obscene gestures in front of children by abortion clinic staff, and the fabulous amounts of money that the abortionists make each year from killing babies. This fact alone makes the one scene in the film, showing the abortion mill owner offering a $50 discount to a client, a rank absurdity. More interesting yet, the director of the abortion mill, who has no medical credentials whatsoever, is caught on tape diagnosing the gestational age of a baby, in contrast to the doctor- certified diagnoses of the pregnancy center.

Ms. Anne Lotierzo, the Executive Director of Pregnancy Care Center and main feature of the film, commented, "Pregnancy Care Center entered into this project in order to highlight the efforts of this ministry not only in our own center, but across the country. We were told that the abortion clinic would not be filmed, yet it was filmed, unknown to us. It is obvious that deceit is standard for those who support abortion which is a for-profit industry sustained by lying to women. In contrast, the pregnancy care ministry is offered free of charge to all women and deals only in compassionate truth. An honest portrayal of our ministry would have included our careful follow-up support and outreach to our clients who appear in the film. That, unfortunately, was left out."

Although Ms. Lotierzo reviewed the film, the version she was shown by the film's directors was not the same one that premiered at the Sundance Film Festival. Nor did the directors allow the film to be viewed by the pregnancy center staff or Board, further indicating that they had something to hide.

"Perhaps is it divine justice that the film won no awards," said Rev. Euteneuer. "However, our hope is that those who view the film wherever it is shown will see and appreciate the immense heroism of those who work in the more than 3000 pregnancy care centers across this great country. The story is only partially told by '12th and Delaware' but the truth always wins out, especially in the hearts of the millions of women and babies who benefit from pregnancy care centers."