Clergy Disavow Disobedience Among Themselves

Clergy Disavow Disobedience Among Themselves 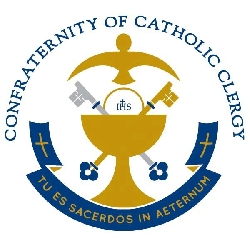 July 25, 2011 /Christian Newswire/ -- Motivated out of the loving bond of brotherhood between all men in Holy Orders, the Confraternity of Catholic Clergy (a national association of 500 priests and deacons) invokes fraternal correction on the 157 American priests who recently and imprudently signed a statement supporting Father Bourgeois's "right to speak his conscience." We charitably remind our brethren that this priest blatantly attended and participated in the invalid pseudo-ordination of a woman. Such actions risk the canonical penalty of excommunication and are injurious to the common good of the Mystical Body of Christ. We also admonish the dissident priests and deacons in Austria who signed the infamous "Call to Disobedience" and urge them to repent and recant.

Every deacon and priest takes the Oath of Fidelity before he is ordained and during the sacrament of Holy Orders he makes a solemn promise of obedience and respect to his bishop. Obedience to the Magisterium on doctrinal matters and obedience to the Hierarchy on disciplinary matters is not an option but an essential component of ordained ministry. As Catholic Clergy we are all commissioned by Christ to teach only what the Church teaches and to obey our lawful superiors in humility and filial charity. Espousing heretical teachings and/or defying legitimate ecclesiastical authority causes harm to the unity and welfare of the Bride of Christ. As brothers in Holy Orders, we pray for all deacons, priests and bishops that all of us can renew our promise of obedience and our oath of fidelity to better serve the Christian faithful who deserve nothing less from us.

(Members of the CCC profess their total allegiance to the Roman Pontiff and seek to promote ongoing spiritual, theological, pastoral formation in a fraternal setting. This week some of their members are meeting in Mundelein, IL, for an annual conference)