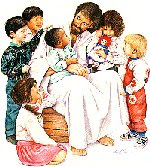 Press Conference to Announce the Release of 'Demographic Winter: the decline of the human family'

WASHINGTON, Feb. 11 /Christian Newswire/ -- A press conference will be held to announce the release of "Demographic Winter: the decline of the human family."

Why: To announce the release of a groundbreaking documentary, "Demographic Winter: the decline of the human family," on the catastrophic consequences of rapidly falling birthrates - a global phenomenon.

Worldwide, birthrates have declined by 50% in the past half-century. There are now 59 nations, with 44% of the world's population, with below replacement birthrates.

In nations with declining populations, who will operate the factories and farms? Who will guard the frontiers? With a graying population (a declining birthrate combined with growing longevity), who will support pension systems and otherwise care for the elderly?

The documentary addresses these and other crucial questions.

There will be a screening of "Demographic Winter: the decline of the human family" the same day, 5pm at the Allison Auditorium of the Heritage Foundation (214 Massachusetts, Ave, N.W., Washington, DC).

A 3-minute trailer for the documentary can be viewed online at www.demographicwinter.com