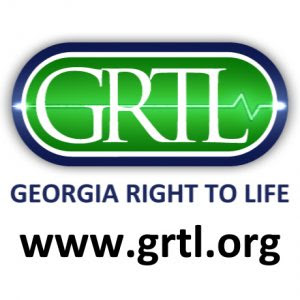 LAWRENCEVILLE, Ga., March 26 /Christian Newswire/ -- Today the Georgia Senate passed SB 529, a bill which would ban abortion in cases where the woman was coerced against her will into aborting her child. It would also ban abortion for gender selection, as well racially discriminatory abortion. It passed by a vote of 33 yeas and 14 nays. Senator Chip Pearson was the sponsor of SB 529 which is the Senate version of House Bill 1155.

Besides seeking to address the issues of coerced abortions and abortions performed because of the race, gender, or color of the child, the bill provides enforcement of the existing law regarding the Women's Right to Know. The bill also gives the women who have been coerced the opportunity to bring suit against abortionists who violate Georgia Law.

"According to the CDC, of the 38 states that report, Georgia is currently leading the nation in abortions in the black community. African-Americans make up 30% of the population and 59% of the abortions. In 2008, according to the Georgia Division of Health, 18,901 abortions were performed on black women. SB 529 seeks to protect these women and their children, from making decisions they did not want to make," said Catherine Davis, Director of Minority Outreach at Georgia Right to Life.

"No child should be aborted because of his or her race, sex, or color. If it's wrong to discriminate in the workplace, in housing and in education because of race or sex, it should be wrong to discriminate against a child because she was born the wrong sex," noted Dan Becker, President of Georgia Right to Life. "It would appear that even pro-abortion advocates share this perspective" said Becker, "Hillary Clinton, U.S. Secretary of State, recently stated, 'Unfortunately with technology, parents are able to use sonograms to determine the sex of a baby, and to abort girl children simply because they'd rather have a boy.'"

The timeliness of this policy debate is evidenced by last week's edition of The Economist magazine and its featured cover story, "Gendercide: What Happened to 100 Million Baby Girls?" No less than four articles address the issue of gender selection abortions.

They noted, "For those who oppose abortion, this is mass murder. For those such as this newspaper, who think abortion should be 'safe, legal, and rare', a lot depends on the circumstances, but the cumulative consequence for societies of such individual actions is catastrophic." "We agree." said Becker.

This bill now moves to the Georgia House.

Georgia Right to Life (www.grtl.org) promotes respect and effective legal protection for all human life from its earliest biological beginning through natural death. GRTL is one of the numbers of organizations that have adopted Personhood (www.personhood.net) as the most effective pro-life strategy for the 21st century.