WASHINGTON, March 22 /Christian Newswire/ -- Fr. Frank Pavone, President of the National Pro-life Religious Council, stated this morning that the Council, comprised of pro-life groups from many Christian denominations, is calling upon believers to make the next move in the health care debate. 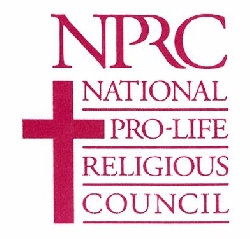 "The American people have spoken in this debate and yesterday our legislators spoke back. So the ball is in our court again. Pro-life people across America remain concerned about the abortion provisions in this bill, despite the President's Executive Order. Moreover, a wider coalition of Americans oppose this legislation for other reasons. We are confident that the legislation will be challenged on many fronts, not only in public opinion, but also by legal challenges. Meanwhile, the People of God should press forward in expressing their concerns, calling for corrective legislative action, and preparing for the elections in November," Fr. Pavone stated.