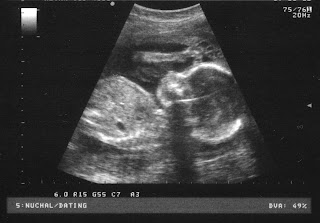 "Two of the most heartbreaking words I hear from post-abortive women are, 'If only...,'" said Janet Morana, Co-Founder of SNMAC. "If only they had known, if only they had understood, if only they had seen. This law will give to women who want it the opportunity to see what their children look like before it's too late. Not only will it save babies' lives, it will spare women years of torment."

"With this law, South Dakota offers women visual information that speaks volumes about the humanity of the child in the womb," added Georgette Forney, another Co-Founder of SNMAC. "Basically, it gives women the chance to see the truth, which is why the abortion industry opposes laws of this type. More truth means fewer abortions. I'm grateful that the Governor and South Dakota legislature stood up for women and their children."

Since the launching of the Silent No More Awareness Campaign in 2003, 2,326 women and men have shared their testimonies publicly at 189 gatherings in 44 states and six countries where more than 15,000 spectators have heard the truth about abortion's negative aftereffects. More than 4,100 people are registered to be Silent No More. Raising awareness about the hurtful aftermath of abortion and the help that is available to cope with the pain are two of the Campaign's goals.

The Silent No More Awareness Campaign is a joint project of Anglicans for Life and Priests for Life. For more information, please visit our website: www.SilentNoMoreAwareness.org