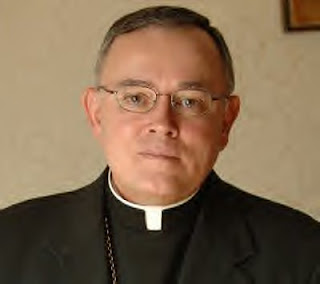 For months now, Congress and the White House have talked about the need for Americans to seek "common ground" on the issues that face us.  This is a very welcome theme.

The "common good" and "common ground" are central messages in Catholic social teaching.  This is why the Church always seeks to work cooperatively with people of other faiths and no faith to secure the basic elements of human dignity for all our citizens—decent housing, a living wage, justice under the law and adequate food and health care.  It's why America's Catholic bishops have pushed for national health care reform for the past several decades.  It's also why the Church, in principle, supports current efforts to craft legislation that would ensure basic health care coverage for all Americans.

But God, or the devil, is always in the details. As Scripture says, "You will know them by their fruits" (Mt 7:20).  The test of White House and congressional honesty about seeking "common ground" will be the details of the health care plan being worked on this summer and fall.  The whole meaning of "health care" would be subverted by any plan that involves mandated abortion access or abortion funding.  The reason is obvious.  Killing or funding the killing of unborn children has nothing to do with promoting human health, and including these things in any "health care" proposal, no matter how shrewdly hidden, would simply be a form of lying. In speaking for the American Catholic community, both Bishop William Murphy and Cardinal Justin Rigali of the USCCB have already voiced strong concerns about a possible stealth mandate for abortion carried out through national health care. A so-called "compromise" solution currently offered by Rep. Lois Capps (D-CA) would seemingly ban abortion coverage as part of a federally mandated minimum benefits package. But it would require at least one insurance plan in each "premium rating area" to cover abortion.  In its effect, the Capps approach would lead to elective abortion being covered under a government-operated public plan by allowing federal subsidies to flow to private insurance plans that cover elective abortion.  This isn't a compromise.  It's a shell game.

As the summer draws to a close, it's very important for Colorado Catholics to contact their federal lawmakers immediately and demand that abortion and abortion funding be completely excluded from any national health care plan.  A few key principles should guide the development of any health care reform legislation, especially in light of the mixed and sobering track record of national health plans in other countries:

• It should provide access to basic, quality health services for all persons, from conception to natural death, with a special concern for the poor, elderly and disabled, and the  inclusion of legal immigrants;

• It should protect the conscience rights of individuals and religious institutions;

• It should exclude all so-called "services" that involve violence against the dignity of the human person, such abortion, physician-assisted suicide and their funding;

• It should be economically realistic and sustainable, with costs spread equitably across all taxpayers.

"HISTORY PLACE": Homily by Catholic Cardinal Clemens von Galen, delivered on Sunday, August 3, 1941, in which he risked his life by openly condemning the Nazi euthanasia program

Ladder of Divine Ascent excerpt: Step 22- "On the many forms of vainglory"

7. Every lover of self-display is vainglorious.  The fast of the vainglorious person is without reward and his prayer is futile, because he does both for the praise of men.    Prayer request?  Send an email to: PrayerRequest3@aol.com