Dear Deacon John,
This has been a cold 40 Days for Life campaign in northern climates -- especially in Moscow, where volunteers are hosting their third vigil. Despite the cold, the campaign in Moscow continues to grow ... and save lives from abortion. Whether it’s in the cold of Russia or the warmth of Florida, God is answering prayer ... and sometimes in suprising ways. Yesterday, we shared the video celebrating 10,000 babies saved from abortion during 40 Days for Life campaigns. That video shows there are no coincidences. When you have faith, when you trust God and when you defend what is good ... God responds. And that’s not a coincidence!   Every life is sacred in God’s eyes. And He created each of us out of love, not by coincidence. Here are a few examples … Moscow, Russia 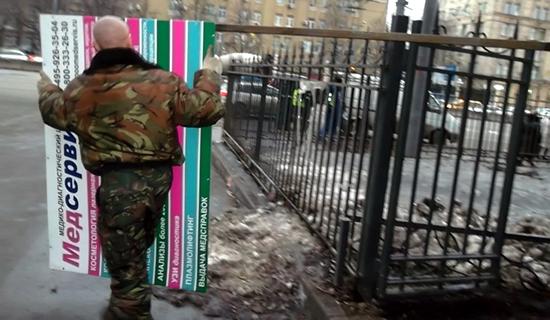 Some unexpected events unfolded at the 40 Days for Life campaign in Moscow. We sometimes hear complaints about vigil participants’ signs. But in this case, there were complaints about the abortion center’s sign. Arevik, one of the leaders in Moscow, said city employees arrived at the MedService facility … and took down the sign advertising the business! “It turned out,” she said, “the banner had not been registered.” No one knows who initiated the removal – or why. “But we do realize that this is the work of our prayers,” Arevik said, adding that the campaign has seen several other “amazing results.” The volunteers heard the abortion center’s doctors no longer do abortions after 12 weeks of pregnancy – a change from previous practices. That’s at least a step. The team also knows of two babies saved so far. One was the child of a married couple. “They already have a 4-year-old,” Arevik said. “The father didn’t want the abortion, but the mother did.” She didn’t think she could raise two young children.
Another woman spoke to one of the prayer volunteers … and she too changed her mind. College Park, Maryland

Tom in College Park reminded the 40 Days for Life volunteers that they themselves are often a sign – a sign to the women arriving for abortions, of course. But they also “join fellow Christians in group prayer as a sign to the community that what goes on inside Metropolitan Family Planning … begs the community’s action to see the place shut down.” The campaign has set aside special vigil hours where local clergy lead the volunteers in prayer. Tom put out the call for as many people as possible to “renew your hope and vision for the days to come. Pray more frequently and more fervently for an end to abortion in our time!” Lakeland, Florida

A prayer volunteer told Maryanne, the local leader in Lakeland, that as she and her daughter were praying at the 40 Days for Life vigil in Lakeland, they watched a car drive up to the abortion center – with another mother and daughter inside. The younger woman went into the building for a while … then came back out. She and her mother sat talking for some time. Eventually, the young woman called out, “I’m going to have a baby!” There was a lot of noise and traffic … and the volunteer wasn’t sure she’d heard correctly. So she spoke a bit louder: “I’m having a baby!” She had tears in her eyes as she told her story and explained her decision. The volunteer recommended the local pregnancy help center, which could offer just the sort of assistance she was looking for. “This is our first save of the campaign,” Maryanne said. “Praised be God!”
Today’s devotional is from Carmen Pate of Alliance Ministries. Day 35 intention
Pray that all believers participating in this 40 Days for Life campaign will make every effort to keep the unity of the Spirit through the bond of peace (Ephesians 4:3). Scripture And the glory which You gave Me, I have given them, that they may be one just as We are one: I in them, and You in Me; that they may be made perfect in one, and that the world may know that You have sent Me, and have loved them as You have loved Me. — John 17:22-23 Reflection by Carmen Pate Christ prayed that all those who would believe in Him would be united in single purpose and spirit, just as He and the Father were united. I find it convicting to consider that those who would run to Jesus with their sins, seeking forgiveness, and falling in love with the Savior, often run from Christians today. Is it because they see division and dissension instead of unity and peace? No doubt Christ is pleased to see the body unified and praying together during these 40 days. This is exactly what we see when we read about the beginnings of the church. Both the unity and the prayer are conspicuous, along with the results of unified prayer. Acts 2:46-47 tells us, “So continuing daily with one accord in the temple, and breaking bread from house to house, they ate their food with gladness and simplicity of heart, praising God and having favor with all the people. And the Lord added to the church daily those who were being saved.” No doubt the enemy is disheartened to see the unity in prayer, fasting and peaceful vigil, and he will continuously try to disrupt the bond of peace among brothers and sisters in Christ. Let us guard our hearts and minds, exhibiting the love of Christ that He so graciously gives us, so that those watching will see the love among us and know that He must love them too! Prayer Heavenly Father, give us grace in every situation to work toward unity. With humility, gentleness, and patience, may we endeavor to keep the unity of the Spirit in the bond of peace. There are hurting men and women Lord at the crossroads of life and death who are looking for love and peace in their lives. May they see Christ in us and be drawn to the abundant life that only He can give. It is in Christ’s precious name that we pray, Amen. Printable devotional
To download today’s devotional as a formatted, printable PDF to share:
http://40daysforlife.com/media/day35.pdf
For life,