"Abortion is not health care. Stop killing us." 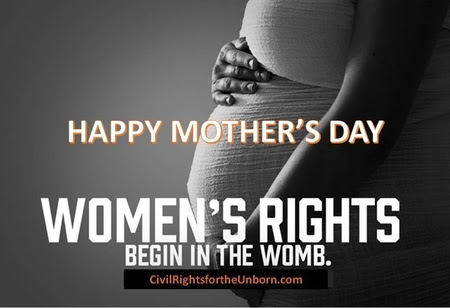 WASHINGTON, May 10, 2019 /Christian Newswire/ -- Black prolife women are calling for local and national leaders to meet with them for discussions and solutions regarding the impact of abortion in the Black community.

"We are resounding the alarm that abortion kills babies and harms mothers by exposing them to abortion health related risks," said Evangelist Alveda King, Civil Rights for The Unborn at Priests for Life.

Citing statistics that include links to breast and cervical cancer and other abortion health related disparities, the women are seeking to heal their communities.

"So many women and men are carrying suppressed hurt and pain after experiencing abortions. They don't know how to express what they feel. [We must educate, motivate, inspire, empower and bring healing to those who need it; the answer must always be life, not death," said Lakisha Chapman, MOMMY LET ME LIVE.

Just before "Mothers' Day," the women are making demands for "healing, not killing," with the rejoinder "Abortion is not health care. Stop killing us."

In April, the women appealed to black elected officials and black entertainers: "We should not be enemies. There has to be a better way to escape racism, abuse and poverty than killing our own; and not just by gun violence and Black on Black crime. Abortion is the number one killer; targeting millions of us as our women and children are being led to the slaughter."

The women are expanding their appeal to community groups including religious faith leaders, the NAACP, SCLC and others to help bring the discussion to the table.

"There is something terribly wrong when we teach our beleaguered community that murdering our children is the ticket to the American Dream. Abortion has massive community-wide spiritual, emotional and physical consequences. It's high time to sit down and reason together to end the genocide and the suffering," said Denise Walker, Rich In Mercy.

Day Gardner of National Black Pro-Life Union added, "There are heartless people who assert that the suffering of pre-born babies is far less important than the suffering of abused domestic animals. They even insist that babies minutes from being born, have no rights that would justify ending the atrocity of abortion.

"So, how does their assertion make America any different from other countries where human beings are enslaved, butchered and denied their rights just because they are meeker or weaker?"

Loretto Cudjoe with the American King Foundation explains: "In some communities more souls are being lost to abortion than lives being born. Legalized abortion is a corporate evil not just an individual sin; the blood is on all of our hands. By insisting that abortion is a "woman's choice," America's abortion cartel is insidiously inferring that abortion is a woman's sin, forcing her to carry her burden alone. America's power structure has not only put a woman's face on the evil sin of abortion, it has also put a black face on this racist ungodly agenda and many of our black elected officials are helping them to accomplish their objective; which is the defamation and eradication of America's black population."

Catherine Davis of The Restoration Project speaks clearly, "I believe abortion is genocidal by design. When Planned Parenthood and other abortion providers say there's no racial impetus to their agenda, they are spitting in our faces and calling it rain. I know the difference between spit and rain, and there is a racial impetus and it is decimating the black community today."

Angela Stanton King of the American King Foundation asks, "More children are being aborted than they are being born. Is the black family headed for extinction?"

Evangelist King concludes, "There are many 'equality movements' afoot today. While seemingly noble, most overlook the most vulnerable population in their pursuit of their agendas; the pre-born child, whose beating heart cries out for justice.

"Examples of emotional manipulation of justice are the current conflicts over the HEARTBEAT bills, as well as the 'Equality Act.'

"Affixing words and agendas to concepts such as equality and justice can be a deceptive practice; one that must end. True human justice and equality begin in the womb and transition at natural death. The womb must be a sanctuary; not a tomb."

On Mother's Day, the women are crying out for action; while praying for families, for barren wombs, and for an end to a color blind America.